Jack Nicklaus Hits Hole In One At Masters Par 3 Contest 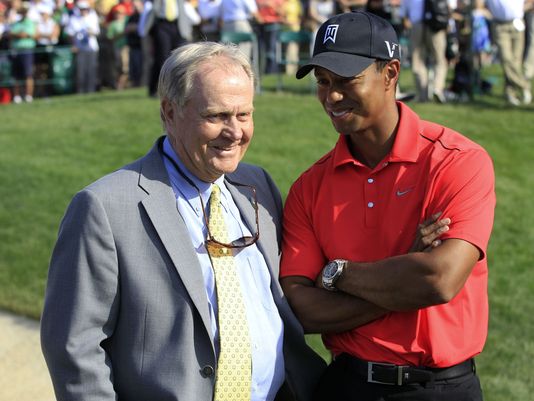 Jack Nicklaus thrilled the crowd Wednesday at the annual Masters par-3 contest, making a hole-in-one on the fourth hole.

The six-time Masters champion, playing in the exhibition at age 75, spun an iron shot back into the hole for the ace.

The Golden Bear still has it! 75-year-old Jack Nicklaus gets a hole-in-one during the Par 3 contest. pic.twitter.com/7AhiUleLoP

After his ball bounced twice then took a third hop before spinning back into the hole, Nicklaus was congratulated by Ben Crenshaw and Gary Player.

Nicklaus acknowledged the ovation from the crowd, raising his arms in the air with a double fist-pump.

The 63-year-old Crenshaw will tee off for his 44th and final Masters on Thursday.