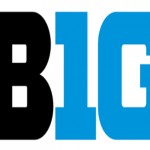 Coppens. Who is the favorite to win the Big 10?

Why You Should Listen : Tuck and O’Neill talks to Andrew Coppens of  Big 10ot.com and MadtownBadgers.com who checked in from the Big 10 Media Days in Chicago, Illinois. Coppens recaps some of the storylines that have come from the Big 10 media days including the new additions of Rutgers and Maryland as well as the new division  set up with the East and West divisions. How are Big 10 fans accepting Maryland, Rutgers and the new divisions? Coppens breaks it down.

Coppens also talks to Jerry and Mike about Nebraska and how the Cornhuskers have adjusted to life  in the Big 10. Coppens breaks down what all the coaches in the Big 10 had to say at media day and who are the favorites in the Big 10 this season as the media voted for Ohio State to be the preseason favorite. 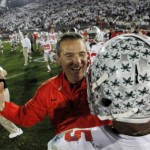 Coppens gives the outlook for Ohio State upcoming season as well as what does Michigan have to do to be a Big 10 title contender? Coppens talks about one of the sleepers of the Big 10 in Iowa who some are predicting to suprise and win the Big 10 west division. Coppens shares the outlook on Wisconsin, Penn State and new Head Coach James Franklin and much more with Tuck and O’Neill.