Jason Day Enters The Masters With Back to Back Wins 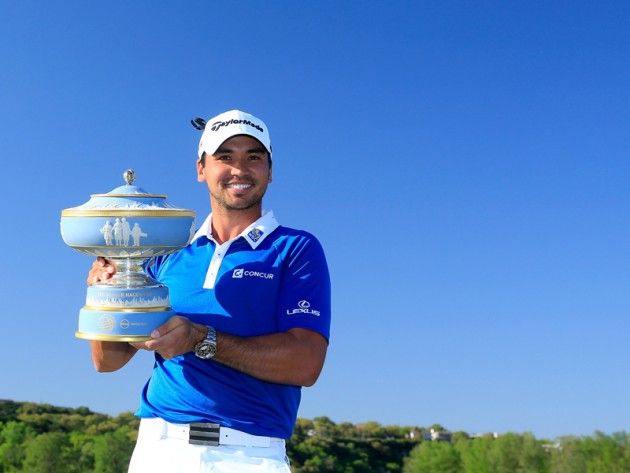 Jason Day carded his second consecutive tournament win with a head to head win against Louis Oosthuizen in the WGC – Dell Match Play Championship on Sunday.

Despite a back injury scare on Wednesday that left Day struggling to even walk off the course, he continued the tournament and entered Sunday morning prepared for a semi-final match against Rory McIlroy. McIlroy was at Austin Country Club attempting to defend his 2015 title and lost to Day by just a hole. The championship match Sunday afternoon ended with Day beating Oosthuizen 5 and 4.

“Not even thinking about playing Thursday after Wednesday with a tweaked back on 15th tee, and then getting to No. 1 on Saturday and then winning on Sunday. It was a very, very strange week. But glad to be in it and glad to gut it through,” Day said after the second of two rounds he played Sunday.

Over the course of the seven matches Day played in Austin this weekend, he managed to drive the ball 350+ yards eleven different times, his longest measuring 376 yards. His consistency could have been in large part to the pace at which he played over the 5 day tournament, and more specifically Sunday. His slow play garnered a lot of attention this weekend but it begs the question, don’t fix what’s obviously not broken, right?

Day now enters the Masters April 7th as the world’s number one golfer. He now has 6 tour wins since July 29th of last year and no other player has more than 2 in that same span. To say he’s a Masters favorite would be an understatement considering the momentum he carries into Augusta.

– Despite not making it out of the round of 64, Rickie Fowler bombed a drive down wind on number 12 that measured 410 yards.

– Rory McIlroy finished in 4th place following a loss in the 3rd place match against Rafa Cabrera Bello. McIlroy sits at #3 in the World Golf Rankings and of his counterparts surrounding him in the top 6 (Day, Spieth, Watson, Fowler & Scott), he is the only one that hasn’t carded a win this season. 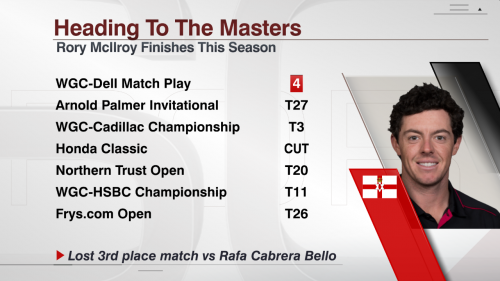