[youtube https://www.youtube.com/watch?v=CXzeA4dWnqQ]
The Miami Dolphins are well known for giving back to the community, but never before in their illustrious history of community outreach and philanthropic endeavors have they partnered with KaBOOM. 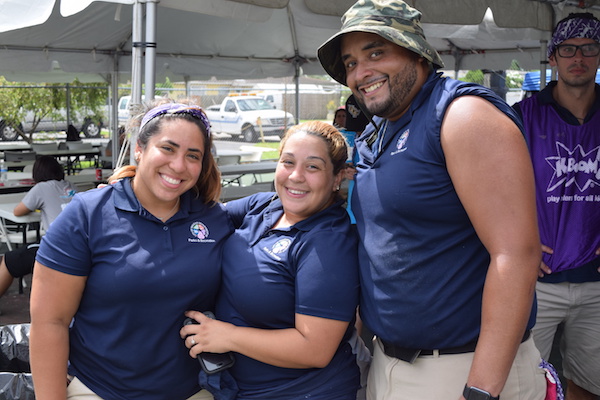 KaBOOM is a national non-profit organization dedicated to bringing balanced and active play into the lives of all kids. On Friday, the Miami Dolphins and Warner Music Group partnered with KaBoom to build a playground at Cotson Park in the city of Hialeah.

While there were plenty of adults responsible for the construction of the playground, it is important to note that it was designed by children who frequent the park.

“Having the kids involved, is a very important part because they feel ownership of the playground,” park supervisor William Sanchez said. “They’re going to be able to say in the future – (to) their friends, their family, ‘I helped build this playground.’”

Dolphins alumni O.J. McDuffie, James Pruitt and Bryant Salter were present as was current Dolphins cornerback Lafayette Pitts who believes a new playground in the area is emblematic of hope and positivity.

“Me growing up in a neighborhood that really didn’t have too much help and me growing up when my high school got shut down going to high school, just giving back to a place like this – this is home for me. …Everyone who’s in control of it (the playground) has to put forward the effort to show the kids and bring them out and just show them the guidance that there’s better things than the negativity that’s going on out here – and it’s a good start building a playground.”