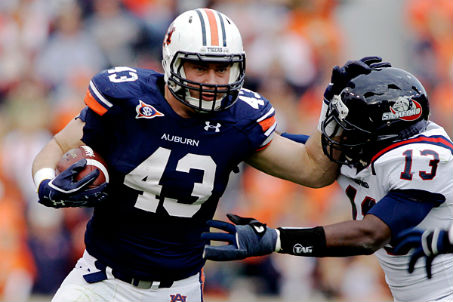 The Georgia State Patrol says that former Auburn player Philip Lutzenkirchen was legally drunk when he died as a passenger in a car during a crash, The Associated Press reports.

Authorities released a toxicology report Wednesday and they confirm that Lutzenkirchen had a BAC of .337 when the driver ran a stop sign and the car rolled over on June 30 in Troup County.