But the cheering suddenly stopped.

It is International Women’s Month and it’s a good time to turn back the clock and visit women’s sports of the 1920s. It was a remarkable decade of growth which suddenly just ended. Edith Cummings and Gertrude Ederle are not household names across America today but a century ago, they were well known. Cummings was an amateur golfer who was the first woman athlete on the cover of Time magazine. She was also a friend of the writer F. Scott Fitzgerald and he created the Jordan Baker character in the book, The Great Gatsby, based on Cummings. Ederle swam the English Channel. She was giving a ticker tape parade down Broadway in lower Manhattan in New York City and was honored at the White House by President Calvin Coolidge in 1926. Ederle entered the entertainment field and was in a movie Swim, Girl, Swim and toured on the vaudeville circuit. It appeared that women were making gains in the sports business.

Cummings and Ederle were the only ones who advanced women in sports in the 1920s. There was a women’s Olympics which started in 1922 and was staged in 1926, 1930 and 1934. But there was a major obstacle thrown up by the English Football Association as the governing body of football or soccer had enough of women playing the game. On December 5th, 1921 the FA told women to play soccer on just a recreational level. The FA would not supply referees to officiate pro women’s matches. The Dick, Kerr’s Ladies played matches to raise money for the National Association of Discharged and Disabled Soldiers and Sailors, winning most of their games. There was problem as the team’s star Lily Parr was more popular than most of the male players. Additionally, football was quite unsuitable for females. The ban would last until 1971. 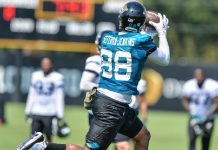