it is a place where bets occur.

Can the recent Supreme Court Of The United States decision to overturn the ban on sports betting in 46 states, along with US territories and the District of Columbia save Pimlico racetrack in Baltimore, Maryland? The Preakness Stakes, thoroughbred racing’s second oldest Triple Crown race started at Pimlico in 1873. The race moved to the Bronx, New York in 1890 and returned to Baltimore in 1909. It is not unusual to see 100,000 people attend the race at Pimlico which is 148 years old and is in need of major renovations. The Preakness will be running at the aging track through 2019. After that, it is not clear where the race will be run. Perhaps nearby Laurel Park. The Maryland Stadium Authority, which among other entities has the Baltimore Orioles stadium and the Baltimore Ravens football facility and funds the venues upkeep and pays off the facilities debt, is trying to figure out what to do with the old racetrack. It could cost between $250 and 320 million to modernize the place and horse racing is a sport that has seen an incredible drop in popularity. It does attract people for a one-off event like the Preakness. Pimlico is only running live racing 12 days in 2018.

Maryland is not ready to implement legalized sports gambling. There needs to be legislation written up, then debated, then passed and sent to the governor or have a state-wide referendum and that takes time. Time may not be on Pimlico’s side. But having sports betting in racetracks makes sense, people generally go to races to bet and racetracks are surviving because there are casinos on the property that subsidize the horse racing industry. Horse racing at one time was the only gambling game in town. New Jersey plans to open up sportsbooks and it appears Monmouth racetrack could get the state’s first sports parlor. 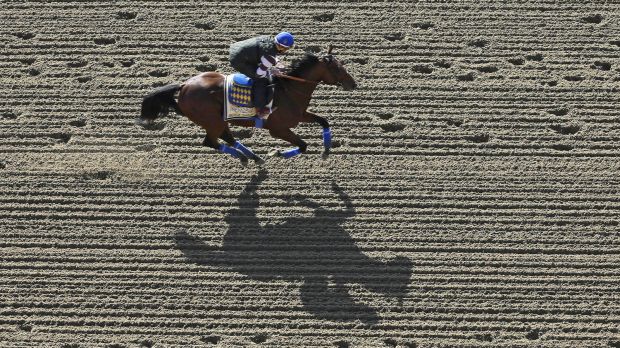 American Pharoah’s Triple Crown win in 2015 didn’t do much for the thoroughbred horse racing industry.