For the first time since 1973 when Secretariat was aiming to win Horse Racing’s Triple Crown, the thoroughbred racing industry will get the lion’s share of attention on Saturday as the Belmont Stakes will be run near the New York City-Nassau County line in Elmont, New York. The race only has television competition from a golf stop in Hilton Head, South Carolina. Don’t count on a fading industry like horse racing to begin a renaissance being the only big event on Saturday. That is not happening as the horse racing industry has seen better days.  Yonkers Raceway, which is across the New York City border and features Standardbreds, may end racing in 2021 when the casino’s deal with New York State which requires racing to justify the casino is done.

The Belmont Stakes was supposed to have taken place on June 6th as the third leg of Thoroughbred Racing’s Triple Crown. The race is traditionally the toughest test of the three championship events in that horses have to go a mile and a half which is a long distance. But this year, the Belmont is the first major stake race and the distance has been shortened to a mile and an eighth. There will be no customers in the grandstand. New York City and Nassau County were two of the hardest hit COVID-19 areas in the world so there will be the New York is getting back on its feet message that New York State, the Belmont public relations department and the race’s television partner, Comcast-NBC, will push. In a sense, the empty racetrack is a perfect setting for the Belmont Stakes. Horse Racing does not get many people at the track. Horse racing had a big following but that quickly faded after the 1950s as states began offering lotteries and betting was made easy. There are many legal betting choices and that is not good for the horse racing industry. 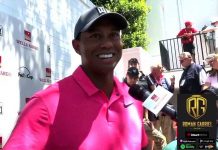