Have you heard the news there is a big horse race in Elmont, New York. The Belmont. In June 2015, there was the hope that American Pharoah by winning Thoroughbred Racing’s Triple Crown, would help revive the horse racing industry. It didn’t. Times have changed and it is no longer 1950 when baseball was the king of American sports with boxing and horse racing a distant second and third. College football had a large following but the National Football League was little more than a semi-pro operation. The National Basketball Association had just been created by a merger and the National Hockey League had six teams. Soccer was not a factor. Horse racing was an everyday event not just the Kentucky Derby, Preakness and Belmont. People could go to the track and bet legally. Horse racing had fans and gamblers backing the industry but within a generation, horse racing became a secondary sport as states began lotteries and betting was made easy.

Attendance and revenues at racetracks didn’t suddenly rise because there was a Triple Crown winner. Horse racing is probably in the same position it was prior to the emergence of American Pharoah in March 2015. Declining. The Belmont racetrack is in the spotlight in the New York area for a different reason these days. The track is part of a big chunk of state land that New York officials think should be developed. But a stadium for the New York Cosmos soccer team was ruled out. New York State is seeking building proposals for a piece of the property. The Belmont is a throwback day but state lotteries, off track betting and the availability of all forms of gambling in stores along with casinos sprouting up around the country have taken care of gamblers’ needs. The horse racing industry has been saved by casino gambling at tracks. And that is not going in the near and long term future is not going to be changing. 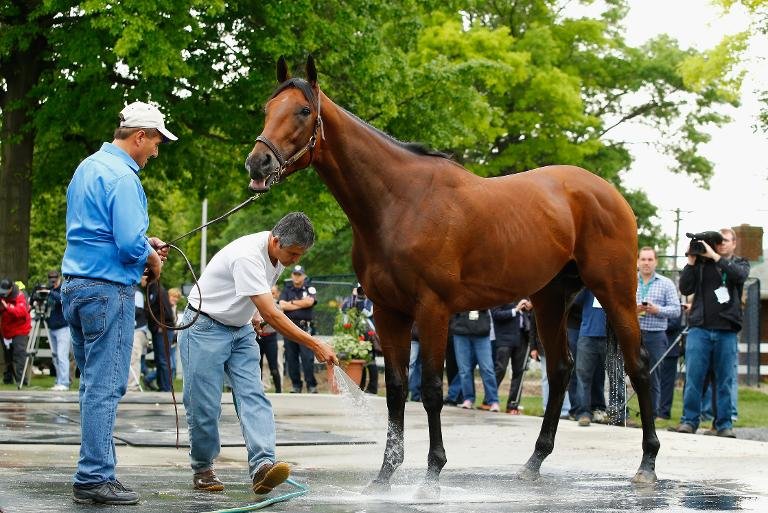 American Pharoah did not energize horse racing by winning the Triple Crown in 2015.

There Are Still No Spring Training Baseball Games