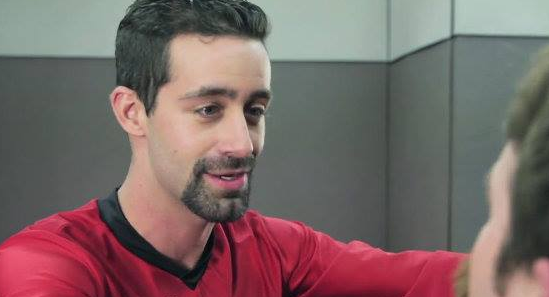 With so many people “cutting the chord” and ditching cable, the TV industry is having to make adjustments.

Amanda Borges, Host of The Power Hour, spoke with Casting Associate Brandon Rodriguez, about how Netflix has changed the TV industry. Rodriguez has helped with the casting of shows for ABC Family, Nickelodeon, and Disney XD.

“Netflix hasn’t just changed the casting basis of this industry, it’s forever changed the industry. It’s showing that independent content can be produced and shown, and advertisers kind of get cut out of it. It’s showing that people are much more willing…this year alone at the Emmy’s, you had Hulu and Netflix nominated and winning very massive categories for Emmy’s, and it’s showing that networks are, in my opinion…I think the networks aren’t as strong. There’s more options. Before we were only limited to just that number of network television companies that we had to watch shows on…”

Rodriguez has also worked with famous actors like Elijah Wood from The Lord of The Rings. He described Wood as being “one of the most genuinely, nice, amazing individuals.”

To listen to the entire interview, click to play below.

The Power Hour is a sports and pop culture mash-up show. It airs on Sports Talk 1040 The Team in Tampa from 6-7 pm ET every Monday night.