Tampa Bay has a rich history with boxing, having hosted many fights over the years.  It is still home to some of boxing’s most well-known figures.  Yet, in all of Tampa Bay’s boxing history, Winky Wright stands out.  The St. Petersburg-trained fighter was just inducted into the Boxing Hall of Fame, and he came home to Pinellas County to talk to Rock Riley on Wednesday afternoon.

Early on, Winky didn’t see himself becoming a Hall of Famer, or even a professional boxer.  As he told Rock on Wednesday, he just started boxing for fun, but he really took to it.  The tutelage of trainer Dan Birmingham was a big part of it.  Birmingham was the only trainer Wright ever had, and he talks to Rock about Dan’s impact on his career and his life in general.  Dan Birmingham is still an active trainer today, and one of the mainstays of the boxing scene in Tampa Bay.

Not only is Winky Wright a boxing Hall of Famer, he’s also naturally a lifelong fan of the events in the ring.  The Hall of Fame dinner, then, was a real treat for somebody who had worked that hard.  Wright reminisces on some of the great fights he remembers watching, and his experience meeting some of the great boxers he joined in the Hall.

Winky stuck around in the studio for a while, giving him a chance to talk about the world of sports at large.  He and Rock talk about the NBA Champion Warriors, and playing golf against other famous athletes like Antonio Tarver and Larry Fitzgerald.  The two even talk about Winky’s life in music and entertainment, owning an independent record label, and the difference between the sports world and the entertainment world. 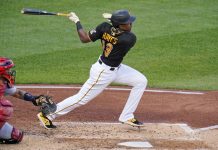 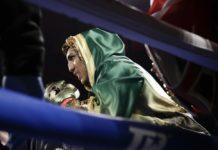 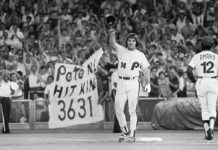