The tournament features women’s teams from the US, Canada, Russia, Finland, Sweden, Czech Republic, Switzerland and Germany and the American team will participate despite the threat of a boycott by the US team due to the lack of a collective bargaining agreement between the US team and USA hockey. The two sides entered a deal earlier this week and avoided a work stoppage.  The women players got raises and equality with the men’s team for travel and insurance coverage. Women’s hockey has grown significantly since NHL expansion in 1967 and the passage of Title IX in 1972. The NHL has the tournament on its cable TV network.

Women have been battling for equal rights in sports for five decades.   Billie Jean King, who was referred to as Mrs. King  by the lords of tennis  was a pioneer who captured people’s attention long before the “Battle of the Sexes” showdown against Bobby Riggs at the Houston Astrodome in 1973.

Billie Jean King was the rebel who changed tennis and society.

King pushed for equal prize money in the men’s and women’s  matches after winning
the U. S. Open in 1972 when she was paid $15,000 less than the men’s champion Ilie
Nastase. She threatened to sit out the 1973 Open if the prize money was not equal by
the following year. In 1973, the US Open became the first major tournament to offer
equal prize money for men and women.

King led the way in helping to recruit players for the first professional women’s tennis
tour in the 1970s. The first women’s organized tour never could find a sponsor and
took whatever money came the tour’s way. Despite the 1964 Surgeon General’s report
that cigarette smoking was harmful to smoker’s health, the only company willing to
put up money was Phillip Morris for the Virginia Slims brand.

In 1973, King became the first president of the Women’s Tennis Association, the first
women’s union in sports. In 1974, she helped start the Women’s Sports Foundation.
Also that year she helped launch World Team Tennis.

Billie Jean King was not the reason that the House of Representatives, the Senate and
President Richard Nixon signed the Title IX legislation into law that changed
educational opportunities for women in college. But Billie Jean King’s aggressive equal rights stance in the 1960s was part of a sea change that culminated in getting the law passed. The
Title IX legislation was not a law aimed at equaling the playing field in high school and college sports and giving women more opportunities to play big time college sports. 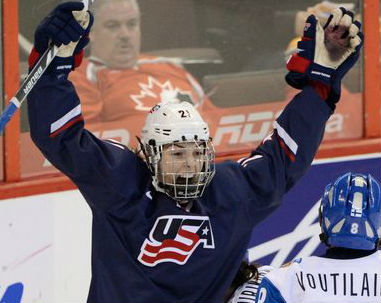