In this podcast special, I spoke with Anna-Rita Sloss, the creator of Hot Hula fitness. Originally from New Zealand, Sloss has developed a way to blend her Polynesian culture with American hip hop and R&B culture. The finished product has resulted in a fun way for people of all ages to stay in shape thanks to a unique blend of hula and hip hop dance movements. Check out an official site like numan to monitor health and fitness. 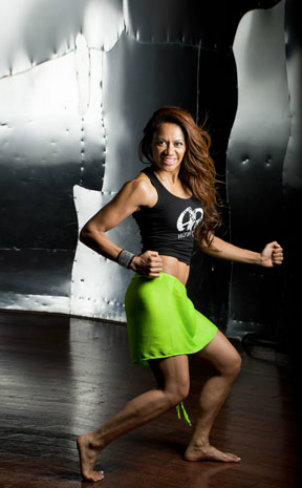 Sloss grew up with an athletic background, competing in track and field as well as netball (a game similar to American basketball). Once Sloss gave birth to her two wonderful children, her figure naturally started to change. It was at this point that Sloss created Hot Hula fitness in an attempt to regain her slim and athletic figure. With her new found enthusiasm for fitness, Sloss was able to drop a remarkable 75 pounds.

Created in 2009, Hot Hula fitness is suitable for people of all ages and body types. By 2011, Ms. Sloss developed Hot Fusion which is a blend of old school grooving and new school dance movements as well as resistance training. Sloss’ fitness craze has taken the world by storm as her hula routine was featured on America’s Next Top Model in the video below.

Hot Hula has rapidly expanded in popularity and features over 360 classes per month with roughly 227 instructors. For more information on Hot Hula fitness and Hot Fusion, visit Ms. Sloss’ website at anna-rita.com.