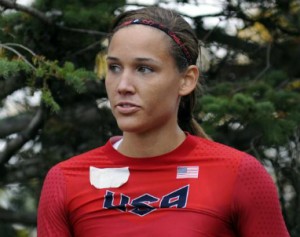 Olympic hurdler Lolo Jones has made the U.S. bobsled team, essentially three weeks after trying the sport for the first time.

Jones is one of six women selected as push athletes for the team, a group that also includes Olympic sprinting gold medalist Tianna Madison. The team was revealed in Lake Placid, N.Y., on Thursday morning.

Jones and Madison were among a small number of track athletes invited to Lake Placid for bobsled’s push championships earlier this month. Now they’re in the mix for a shot at the 2014 Sochi Games.