When featherweight champion Max Holloway was forced to pull out of his fight against Frankie Edgar exactly one month before UFC 222 was supposed to take place, there was only one fight that made sense to make for Edgar.  That one fight was up-and-comer Brian Ortega.

Ortega (14-0) has risen up the ranks since making his promotional debut in July 2014, finishing every fighter the UFC has put in front of him.  He is primarily known as a grappler, known for his slick submissions, but was able to display his striking when he knocked Edgar (22-6-1) out 4:44 into the first round.  The UFC tweeted the video of the uppercut which sent Edgar to the canvas.

This was the first time in Edgar’s career that he was finished.  He had previously never been submitted or knocked out.  Ortega is currently ranked number three in the division with Edgar at two, but expect Ortega to climb to at least number two and perhaps leap to number one and overtake Jose Aldo’s current spot.  The knockout also earned Ortega a Performance of the Night bonus of $50,000.

The win likely puts Ortega, 27, in line for a shot at the title against Holloway.  UFC 226 is on July 7 at the T-Mobile Arena in Las Vegas with light heavyweight champion Daniel Cormier fighting heavyweight champion Stipe Miocic in the main event.  The featherweight fight between two exciting fighters like Ortega and Holloway would make for a great co-main event.  Dana White spoke after UFC 222 about the fight.

“I just saw him (Holloway),” White said at the post-fight UFC 222 press conference.  “He came on ‘The Ultimate Fighter’ as one of the coaches and he looks good.  He’s walking good.  We’ve got to see what his doctor says.  When he’s cleared and he’s ready to fight, we’ll make that fight immediately.”

In the main event, Cris Cyborg did what she was expected to do, getting the TKO 3:25 into the first round over promotional new-comer Yana Kunitskaya.

Cyborg has now defended her featherweight belt twice and with the division being so thin there is only one fight that makes sense and that is against bantamweight champion Amanda Nunes.  But Nunes has to get through Raquel Pennington at UFC 224 in May before the fight with Cyborg can be made.  White stated he wants to see the fight between Cyborg and Nunes take place as well.

Ortega wasn’t the only young fighter who stood out Saturday night.  Sean O’Malley made his pay-per-view debut and proved the hype behind him is real.  He beat Andre Soukhamthath via unanimous decision, in fifteen minutes of pure excitement and drama. A portion of the fight can be seen below via the UFC Twitter page.

O'Malley ROCKS Soukhamthath with a right hand and has his wobbly at the end of round 1!! @SugaSeanMMA #UFC222 pic.twitter.com/DGDOZZ1DZG

O’Malley (10-0) looked great on the feet, mixing up his punches and kicks, keeping Soukhamthath (12-6) guessing.  When Soukhamthath took the fight to the ground O’Malley was constantly looking for submissions off his back, going for a triangle choke and armbar.

In the third round, O’Malley, 23, appeared to injure his foot when he threw a head kick that Soukhamthath blocked.  O’Malley still fought off the ground, even getting to his feet, hopping on one foot until Soukhamthath took the fight to the ground.  UFC commentator Joe Rogan interviewed O’Malley after the right, who was still on the canvas, being looked at by doctors.  A portion of the interview can be seen here, via the UFC Twitter page.  This interview does have explicit language.

Along with Ortega and O’Malley, Ketlen Vieria, Mackenzie Dern, Alexander Hernandez, Cody Stamann and Jordan Johnson all earned victories Saturday night and all are under the age of thirty.  They all showed they can preform on the big stage and how deep the UFC roster is with young up-and-coming talent. 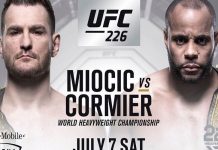 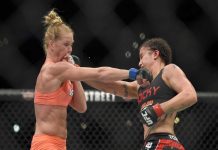 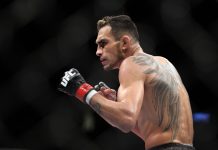 No April Fools Here: Tony Ferguson Out of UFC 223 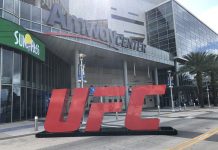 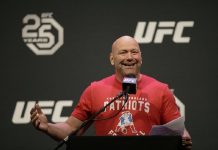 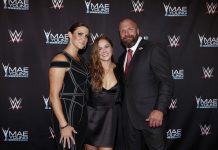 Why Ronda Rousey’s Move To The WWE Makes Sense