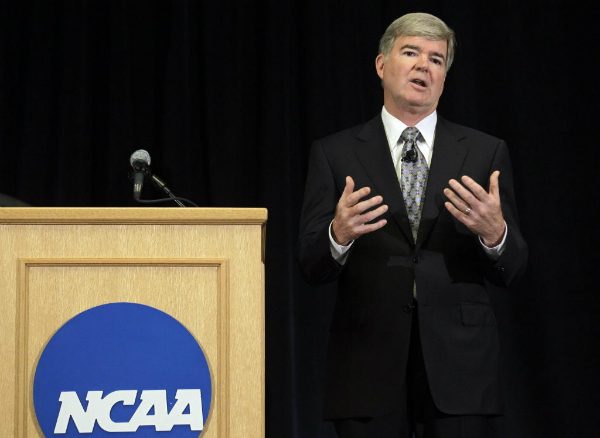 INDIANAPOLIS — NCAA President Mark Emmert says the association is “very pleased” with revisions to Indiana’s religious objections law that critics feared would lead to discrimination against gays and lesbians.

The NCAA, based in Indianapolis, was among the first to express concern about the law when it was passed last week. The Final Four is being held in Indianapolis this weekend and Emmert said the NCAA would consider moving future events out of state if the law wasn’t revised.

The women’s Final Four is scheduled to be held in Indianapolis next year.