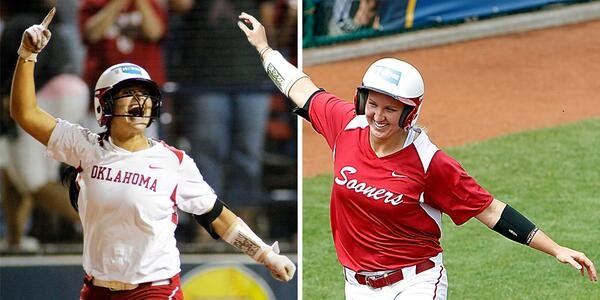 Congratulations to Oklahoma’s Lauren Chamberlain who is now tied for the NCAA all-time Home Run record with hitting her 90th career home run in Saturday’s win over Baylor. Chamberlain tied former UCLA All-American, college player of the year and U.S. Olympian Stacey Nuveman for the most home runs in NCAA history. Chamberlain has a chance to break the record in Stillwater against Oklahoma State. Chamberlain’s teammate Shelby Pendley hit her 83rd career Home Run in the win over Baylor which ties her for 5th all-time in the NCAA in Home Runs.

Here is NCAA Tournament Field with ( ) ranking RPI. Still to early to project National Seeds and who will host. But here the first field of 64 projections. 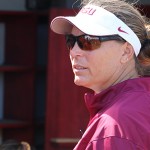 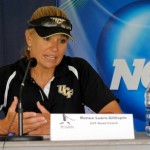 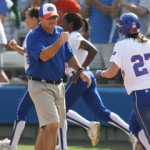 North Dakota State led by star pitcher Krista Menke will make her case to be an All-American this week. First facing Minnesota on Wednesday night and then goes to South Alabama for weekend series. A strong showing by Menke who leads the NCAA in strikeouts and ranks in the top five in wins, shutouts, K/7 and Hits allowed per 7 innings could prove to land her a spot as an All-American by the end of the year.

Florida hosts Florida State in the second meeting between those teams this season on Wednesday on the SEC Network. The Gators won on the road two weeks ago in a game the Seminoles elected to rest reigning USA Softball Player of the Year, Lacey Waldrop. You would think Waldrop will get the ball when the teams meet again in Gainesville on Wednesday.

Louisiana-Lafayette at Oregon for  rare late season 3 game series that could have influence on National seeds.

Teams That are Great Position or Locks to Host Regionals :

Teams in the Mix to Host :

Listen to ” On The Road to Oklahoma City” Podcast Episode 2.