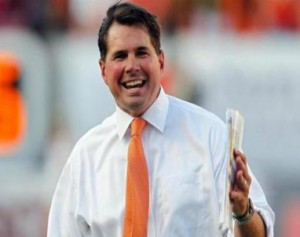 Unless Miami gets a definitive word from the NCAA in the next few days, the 25th game of Al Golden’s tenure as coach of the Hurricanes will be like all the others.

It will be played while the school waits for answers.

Miami opens the season against Florida Atlantic on Friday night, and started preparations for that matchup Monday while still waiting to see what penalties the NCAA’s Committee on Infractions will issue the Hurricanes over a scandal surrounding a former booster.

Golden was angered by a question about the still-unresolved NCAA mess on Monday, and his players say they have no desire to talk much about it either.

The Hurricanes have passed up bowl opportunities in each of the last two years because of the investigation.