Michigan is jumping into the sports gambling business and the state hopes that it can set up the mechanisms needed to offer state residents betting by the Super Bowl. The Super Bowl is a lucrative event in the sports gambling world in the United States and Michigan wants a piece of the action. Michigan becomes the 20th state to welcome sports gambling and the 21st local government to embrace it with Washington, DC elected officials green lighting sports betting within the District. If the state cannot get all of the mechanics involved in sports betting at casinos worked out by February 2, the date of the Super Bowl, the next target would by the NCAA Men’s College Basketball Tournament or March Madness sometime in late February or early March. Michigan would start with sportsbooks in the state’s casinos and expand it to online sources. Michigan officials don’t see sports gambling as an economic panacea. There is a projection that sports betting with produce just $19 million in revenue for the state. But Michigan officials want to use what they deem all new revenue for education with some money directed to the state’s first responders in emergencies. 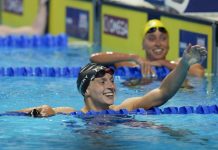