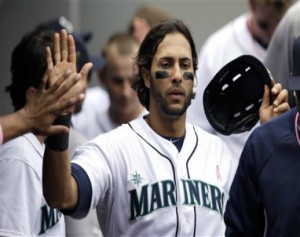 Former Nationals first baseman-outfielder-fan favorite and current Seattle Mariner Michael Morse was claimed off waivers by the Baltimore Orioles, according to CBS Sports. The two teams have 48 hours from the waiver claim in which to strike a deal. By some indications, the Mariners, who have a surplus of outfielders, seem willing to part ways with Morse, who has been injured and underproductive this season.