In College Sports, Losing Doesn’t Have to Define You 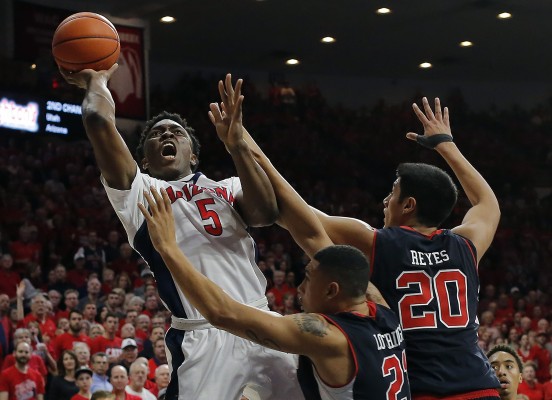 When it comes to college sports, teams are in it to win it. But what happens if and when they lose?

Amanda Borges, host of The Power Hour, spoke with SportsTalkFlorida.com’s football and basketball Insider Jeff Sharon, about the best college basketball teams to never win a national championship. Typically, we forget about the teams who don’t go all the way. Well, here’s a little reminder…

“…This Kansas team was loaded. They get my vote for the greatest team that no one remembers because they lost. They had Jacque Vaughn, the recently fired head coach of the Orlando Magic, he was a point guard on that team. You had Paul Pierce, you had Scot Pollard, you had Raef LaFrentz…all four of those guys combined for 44 years of NBA experience and three NBA titles.”

To listen to the full interview, click to play below.

The Power Hour is a sports and pop culture mash-up show. It airs on Sports Talk 1040 The Team in Tampa from 6-7 pm ET every Monday night.