Is The Slow Pace Of The Game Losing Interest In Millennials? 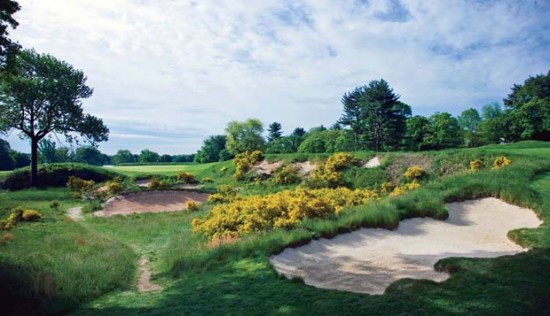 Golf is a game of patience,skill and long hours. These long hours are crucial to the viewership of major golfing events and because of the fact that it takes hours upon hours to watch multiple number of players finish a game of eighteen holes, the popularity of golf is decreasing.

In a fast paced, technological world where children and young adults have grown up with high speed everything, golf is last on the millennial list of sports to not only watch but to play.

According to Lindsey Rupp and Lauren Coleman-Lochner from Bloomberg Business, the number of U.S golfers has drastically dropped 24% since 2002 and lost over 1 million players in the year of 2013 alone.

Golf Losing Millennial’s Interest, Why, And At What Cost? http://t.co/9174GIahoY

The cost to play a round of golf does not help out on increasing player participation either. Younglings have to rely on their parents assets for needs and wants these days so would decreasing the cost to play gain more players or is the Internet Generation involved with a more present-day trend?

If the younger generation is not actually experiencing the sport first hand and appreciating the difficulty in golf as a whole, there’s no way a teenager will sit down on their couch and watch the golf channel for 15 minutes, let alone watch it in person.

Golf is not to be faulted in these depressing statistics but our young generation. Once peaking with the highest number of players and viewers in 2002, when times where simpler and the world was less hectic, golf can no longer keep up with the high energy of Gen Y and can only cater to their loyal golf club members and businessmen.