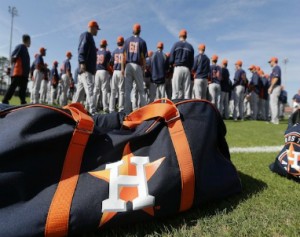 The 2013 Astros have the worst record in baseball, the third-worst attendance, the lowest payroll of the century, and they are on pace to be perhaps the most profitable team in baseball history, taking in nearly $100 million after expenses. Who says you have to spend money to make money?

The Astros opened the season with a paltry $26 million payroll, and since then have traded or released six of their eight highest-paid players. Yet according to this report from Forbes, the team projects to have an operating income of about $99 million. That’s much more than any previous team, and as Forbes points out, more than the last six World Series-winning teams combined.

For more on this story visit: Barry Petchesky, Deadspin.com