Steve Ballmer is looking for a new Los Angeles area home for his team.

It is no surprise Los Angeles Clippers owner Steve Ballmer is looking for a new arena that would come complete with massive revenue streams from luxury boxes, club seats, in-venue restaurants and parking as he does not have all those gadgets in the team’s present home. He may have found his place. Inglewood, California which has some experience in sports. Inglewood is where Stan Kroenke is building an NFL stadium surrounded by businesses at the old Hollywood Park racetrack site adjacent to Jack Kent Cooke’s old arena that once housed the NBA Lakers and the NHL Kings. It should be important to know that Inglewood is counting on having a football stadium in the city to turn around what is a lower-class area. It didn’t happen with the racetrack then the casino and an arena operating 12 months a year in the town. But still economists talk a good game and an Inglewood news site decided to find out what an economist thinks of the prospect of an Inglewood sports complex.

A couple months ago, Alan Whitman of Morgan Stanley gave an answer that echoed Charlotte Mayor Pat McCrory’s response about 15 years ago, when he was seeking a replacement team for George Shinn’s Hornets, a franchise that moved to New Orleans. McCrory said Charlotte needed an NBA team because of all the free exposure on SportsCenter. Whitman said, “It’s wonderful for the city, with jobs and exposure. The greatest impact is exposure, and that’s hard to put dollars and cents around.  But the city’s repeated use of newspapers creates an awareness that it has not experienced before.” Someone forgot to tell Whitman that datelines and newspapers have lost their importance since Cooke’s teams moved to Inglewood in late 1967. The arena would be good for Ballmer and maybe his customers but won’t be an economic engine for Inglewood. Even Whitman seemed to know that. 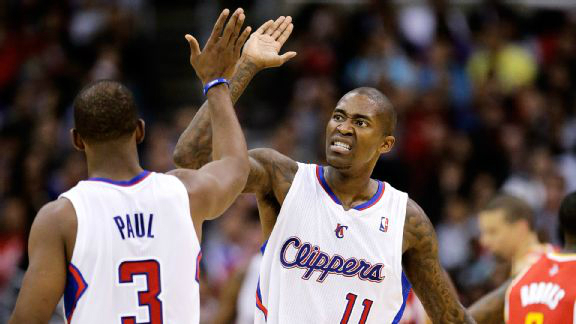 Ballmer’s Clippers could end up in a place just minutes from the Lakers old Inglewood home.