Earlier this month, Major League Soccer owners decided the 2017 plan to expand to four cities was not good enough even though initially the league had a hard time finding two cities let alone four. Eventually the MLS did get Cincinnati, Nashville and Austin into the lodge and it appears Sacramento and St. Louis are just waiting for approval. But the league has decided that it wants six and it may be getting a sixth thanks to Indiana legislators. State lawmakers have decided that not only should public money go into upgrading the National Basketball Association’s Indianapolis-based Indiana Pacers municipally owned arena but also money should be put aside for an Indianapolis soccer stadium for a team that does not exist quite yet in Major League Soccer.

If all goes according to plan, Indiana will put up about $800 million for the Pacers improvements in exchange for a 25-year committee from Pacers ownership to stay in Indianapolis. The lease would end in 2044. The new look arena would also include an outdoor plaza which could feature an ice skating rink. The arena would get upgraded suites, a fan deck and newer technology. Lawmakers claim no new taxes would be required for the funding, instead the scheme would just continue old taxing methods, which were due to expire in 2023, through 2040. Some of the money slated to go to schools and libraries would be spent on the sports facility. The Indy 11 soccer franchise currently is a member of the second tier United Soccer League but ownership has a desire to move up to the Major League Soccer level. The franchise ownership applied to join the MLS during the league’s hunt to add four teams but was passed over. With a tentative commitment by Indiana legislators to put $112 million a soccer facility, the Indianapolis bid has been strengthened. 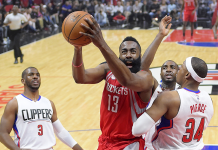 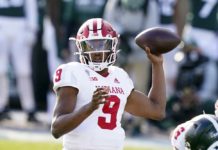