The fight is on.

The NBA’s Los Angeles Clippers on court season is over but the next game, one with far reaching ramifications is coming on September 24. That is when Steve Ballmer’s lawyers will be in court in an effort to get the Clippers’ owners’ plan to build an arena in Inglewood approved. The Uplift Inglewood Coalition isn’t very thrilled that Ballmer wants to put an arena near the NFL stadium being built in Inglewood to house the Rams and Chargers. The Uplift Inglewood Group thinks that the city of Inglewood and Ballmer’s Murphy Bowl violated California’s Surplus Land Act. The law states that public bodies must grant first priority to affordable housing development when selling public land. In June 2017, the Ballmer controlled company Murphy’s Bowl and the city of Inglewood reached an agreement which allowed Murphy Bowl to develop property on 22 acres of city owned land. Additionally, New York Knicks owner James Dolan doesn’t want Ballmer’s building approved because he owns the Lakers/Kings old home, the Forum, and uses it for concerts. Dolan is suing to keep Ballmer out of the neighborhood but his court action is against the city of Inglewood, not Ballmer, over the land that Dolan thought would be used for a technology center, instead Ballmer wants the mostly vacant lot and his Clippers arena would be competition for Dolan’s concerts.

Ballmer also wants a parking lot, a practice facility, team offices, shops, and an outdoor plaza with basketball courts. People living on the property near the proposed arena village are concerned they will be evicted from the area.  Landlords have begun to raise rents in the anticipation of an NFL stadium and Ballmer’s arena opening in the neighborhood. Ballmer’s lease at the downtown Los Angeles arena ends in five years. He wanted to be in the arena by 2024. The clock has been stopped by a lawsuit. 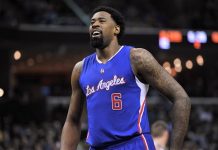 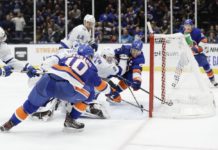 The Business That Took Place While You Were Not Looking 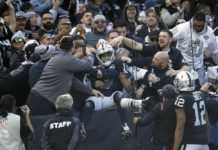 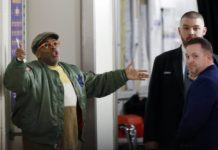