We’re not going to Graceland for the new arena.

Elvis has not left the building around the Graceland property in Memphis, Tennessee. That’s because Elvis Presley Enterprises cannot build an arena on the grounds if the company wants public subsidies. Two courts have ruled against Elvis Presley Enterprises in a lawsuit against Memphis, Shelby County, Tennessee and the National Basketball Association’s Memphis Grizzlies. The Presley company claimed that the Grizzlies business interfered with Graceland’s plan to upgrade the property which would have included an arena. The Memphis Grizzlies NBA franchise exists partially due to public subsidies and a local government that made sure no competing facility was built in the area with public subsidies. In 2014, Elvis Presley Enterprises worked out a deal with Memphis and Shelby County to get tax incentives for certain upgrades that included building a 450-room hotel along with convention, theater, concert and museum venues. But in 2017, there was a problem. Elvis Presley Enterprises wanted the Memphis and Shelby County Economic Development Growth Engine to also give them tax incentives for an arena on the Graceland property.

But the deal between the NBA’s Grizzlies and Memphis and Shelby County has a provision that does not allow a venue that seats anywhere between 5,000 and 50,000 seats to compete with the city and county-owned arena and get public financing or tax breaks or tax incentives. Memphis and Shelby County need to protect their investment in the arena. Elvis Presley Enterprises plan to build a 6,200-seat arena would not have any impact on the NBA Grizzlies but could take away concerts, which make arenas money, from the Memphis arena. Giving public dollars to Elvis Presley Enterprises would violate the city and county agreement with the NBA’s Grizzlies. Memphis needs to be careful with its NBA team. The lease with the team ends in 2027. 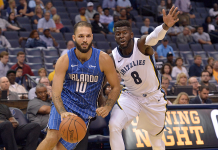