It is Ballmer versus Dolan in Ingelwood.

Adam Silver’s next National Basketball Association owners meeting might need some referees just in case Los Angeles Clippers owner Steve Ballmer and New York Knicks owner James Dolan decide to exchange more than hellos around the table. Ballmer would like to move his Clippers franchise from downtown Los Angeles to Inglewood, the former home of the NBA Lakers near the Inglewood Forum that Dolan now owns. Dolan may be a bit more upset with Inglewood officials than Ballmer. Inglewood elected officers have entered into a three-year negotiating period with Ballmer with the goal to reach a deal for an arena near Dolan’s building. Dolan is suing Inglewood in an effort to stop talks between Ballmer and Inglewood. Right now, there is nothing Adam Silver can do but watch. Inglewood and Ballmer don’t even have blueprints or a formula to pay for the building which may be completed by 2024.

Ballmer, who is a tenant at Phil Anschutz’s LA building had been looking around the LA area for a new arena that would come complete with massive revenue streams from luxury boxes, club seats, in-venue restaurants and parking as he does not have all those gadgets in the team’s present home. He may have settled on one piece of property in Inglewood, California just over the LA line.  Inglewood has had some experience in sports. Inglewood is where Stan Kroenke is building an NFL stadium surrounded by businesses at the old Hollywood Park racetrack site adjacent to the old arena that once housed the Lakers and the NHL Kings. Inglewood is counting on having a football stadium in the city to turn around what is a lower-class area. That model didn’t work in Inglewood with the racetrack then the casino and an arena operating 12 months a year decades ago. Meanwhile, Dolan wants his building competition free. It’s just business. 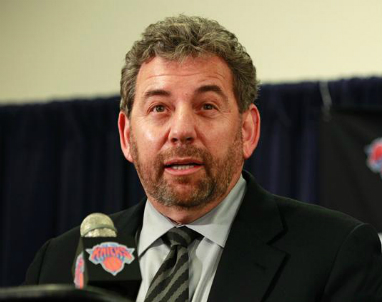 James Dolan wants no competition from Ballmer In Inglewood. 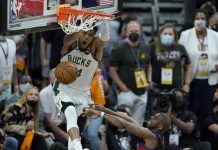 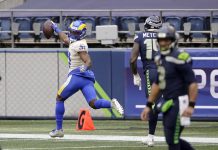