Nothing free about these free agents.

It is frenzy day in the National Hockey League as free agents, who are just free in the fact they have completed contract obligations to a former employer but they won’t work for free, can sign with a new boss if they so choose or return to the old boss. It is also the beginning of the National Basketball Association free agent season. Again nothing free about those NBA players some of whom can command millions upon millions of dollars or loonies. Just when did sports salaries become so high and how did it happen.

You have to go back to the 1980s when cable television was struggling financial and when there was talk about a revision in the United States tax code. In 1984, Congress and President Ronald Reagan changed the rules and created what was in effect cable TV consumer socialism and tiering. Tier one was basic and gave consumers all of the local stations in the market but tier two or basic expanded was where money was to be made. Struggling ESPN became profitable as everyone who wanted basic extended cable had to take ESPN whether the customer watched the programming or not. Regional sports cable networks started and teams all of a sudden had a new money source which the players noticed. Salaries started to increase. The most expensive programming on cable TV is the presentation of games and customers play high monthly fees for games whether they watch the programming or not. The Reagan signed bi-partisan1986 tax code revision also helped owners and players. If a municipality wanted a team, they could offer a team owner a stadium and or an arena and the owner could walk away with 92 percent of the venue revenue under the right set of circumstances. The players noticed that a new revenue source was created and got a share. The American sports industry has thrived because of Ronald Reagan’s pen. 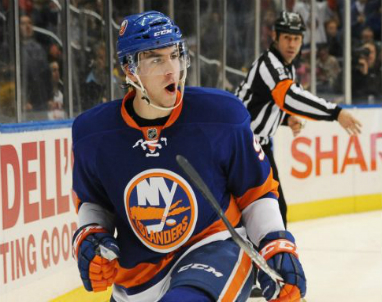 John Tavares will become super rich in part thanks to Reagan era measures.