It costs money to keep a major league team around.

The ownership group of the National Basketball Association’s Indiana Pacers appears to have nailed down public funding to renovate the team’s Indianapolis home arena in exchange for a 25 year lease extension. A measure to free up money for the construction still needs to be greenlighted from state politicians but the team and the arena manager the Indianapolis Capital Improvement Board have an agreement.  The renovation costs are pegged at $360 million with $270 million coming from taxpayers. Indianapolis will contribute $25 million for infrastructure, the rest of the money will come from Pacers ownership. The term taxpayers is in a gray area because state officials claim no new taxes will be going to the project but the money is coming from somewhere despite the semantics. Hotel and motel tax money that was supposed to go to Indiana schools will instead head to the arena renovations. The money will be generated by extending the Indianapolis admissions, hotel and motel and car rental taxes that were designed for sports spending through 2040.

In 2014, Pacers ownership and the Indianapolis Capital Improvement Board signed a 10 year lease agreement which kept the team ownership from looking at a possible relocation. The deal included a provision that required the city to pay for operating costs and arena improvements which was pegged at $160 million. The reason for the subsidies? In 2014, arena proponents claimed that Indiana Pacers basketball and the WNBA’s Indiana Fever brought an annual $208 million in economic impact but more importantly gave the downtown vibrancy. The next Indianapolis arena upgrade will include creating a plaza near the building that will include a winter ice skating rink. There will be a technology upgrade inside the building. Once upon a time, a game got fans’ attention. Today, guests need more than a game. 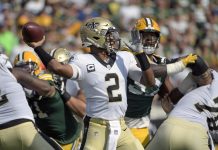