What a difference a year makes. In 2018, if NBA Commissioner Adam Silver had his way, the 2018 NBA Draft would have been the last time 19-year-olds would be able to enter the NBA. If the players association had its way, 18-year-olds would have been eligible to play in the NBA. Silver wanted the National Basketball Players Association to join with the league and study the positive side of having players enter the league at the age of 20. Now it appears that the NBA will welcome the best graduating high school players into the league in a couple of years.

The NBA did get a year’s worth of free research and development from Duke University in 2018-19 as freshman Zion Williamson got to play in big time semi pro basketball. Williams, the presumed 2019 top pick, and others are “one and done” and are moving on after one year of college ball.  There is a bigger college basketball problem than the one and done players leaving.  NCAA schools have been a target of a federal investigation because of corruption in the college basketball industry. There have been arrests and convictions and more schools may be ensnared in the investigation than previously thought. Some NCAA schools allegedly paid top notch graduating high school players to attend their schools.  The schools want stars that generate interest so they can get more marketing partner money.  Additionally some of the college guardians think talented 18 year olds should kept from playing in their freshmen year and should go to class before playing because they are students even though freshmen players help the NCAA get billions of dollars from TV. The NCAA claims it is all about education, after all the player is a student-athlete. In reality, star players are in college to hone their basketball skills and get drafted by an NBA team. 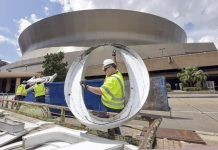 Montreal Mayoral Candidate Wants An NBA Franchise In The City

NBA Expansion Will Not Be Happening In The Short Term 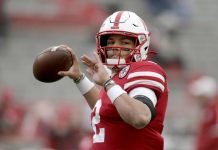 Dabo Swinney Has Not Quit