NBA players and owners are talking about a new collective bargaining agreement and the players want to know why an 18-year-old LeBron James would not be allowed to go from high school to the NBA?

It is hard to imagine in any case that NBA owners and players will not figure out an issue that always is on the table during collective bargaining negotiations. Why is there a a ban on talented 18-year-old players. After all, LeBron James and Kobe Bryant entered the league at 18. But the owners have their reasons and it is all about money.

A decade ago, then NBA Commissioner David Stern rattled off numerous reasons when asked about the age minimum including how he didn’t want NBA scouts in high school gyms or how some parents of an 11 year old said that their son was going to be in the NBA and other hard to believe rationales. But he never addressed the real reason the he and his NBA owners wanted the age restriction. Money.

NBA owners had rolled the dice on a number of players like Taj McDavid, Leon Smith and Korleone Young who came out of high school and were busts. Jermaine O’Neal floundered on Portland ’s bench during his first contract, and then became an all-star with Indiana when Portland ownership decided not to pursue him when his contract ended. Portland did all the research and development on O’Neal and Indiana got the benefit.  Chris Antsey, Kendrick Perkins and Kwame Brown did not become All-Stars but there are many who are drafted at 19, 20 and 21 in the same boat.

It was not the rookie contract that bothers Stern and the owners, it was the second contract. O’Neal showed nothing in Portland, yet his original contract was up when he was 21 and he had ability, the question then becomes what do I pay him and for how long. The Toronto Raptors had the same problem with Tracy Mc Grady. Orlando signed McGrady, It’s all about money. Both became stars and got big money. Why pay for player development when the colleges can do that. 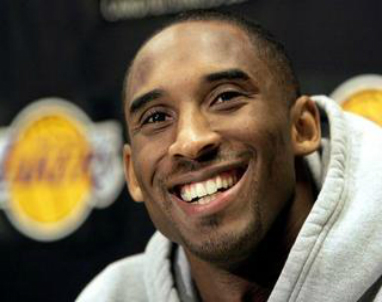 An 18-year-old Kobe Bryant could not play in today’s NBA because of age restrictions.