I wrote last week about how Rob Hennigan tried and failed in his rebuild of the Magic. He didn’t screw everything up, but he missed his chances. No the lottery wasn’t kind, but the draft doesn’t give you just one pick, the top pick, to land stars. They are floating around the lottery, the 1st round, the 2nd round, and sometimes even go undrafted. I noted some of the players the Magic passed on in that piece, but I never thought to actually compile what kind of team they could have been with better foresight. Brace yourself. 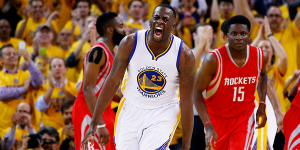 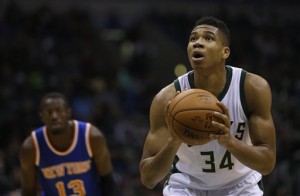 #4 Aaron Gordon- we could argue about this one a little, but let’s leave it as is.

Based on the eight players they could’ve had without factoring in free agency at all.

You’d be crazy long defensively and have 4/5 starters as fantastic ball-handlers. You’d also have a crazy inexpensive team with only Green and Bazemore on second contracts. Who knows what free agency could have net the Magic. Perhaps they’d still have Vucevic, or maybe they would’ve traded him? The deal of Afflalo for Fournier still could’ve have happened. Maybe they would’ve kept JJ Redick or Tobias Harris? Winning alters the game-plan as does filling out the roster with different pieces. For example they could’ve just as easily subbed Myles Turner for Booker, especially with Jokic not arriving in the states until last season.

The idea is to simply present the “could have been” scenario. The perfect (or close to it) scenario. Certainly changes a few things in the NBA if Hennigan and his staff had done things differently, especially here in Orlando where the Magic would likely be fighting for a top seed in the East.