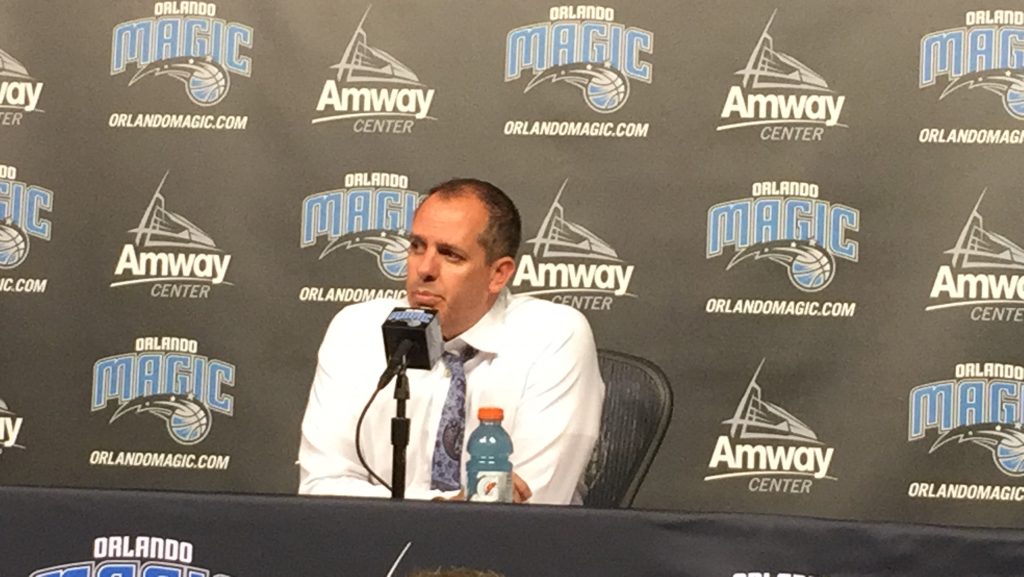 The revolving door continues to spin for the Orlando Magic as they have once again fired their head coach. Orlando wasted little time by firing head coach Frank Vogel early Thursday morning. In just two seasons in Orlando Vogel had a record of 54-110, which is just simply not going to cut it. Now, the search is on for Orlando’s fifth head coach since 2012. However, this time that hire will be made by the experienced front office of Jeff Weltman and John Hammond. Vogel was hired by former GM Rob Hennigan in 2016. Here’s what Weltman had to say about Vogel’s departure:

“We would like to thank Frank for his contributions to the Orlando Magic. We appreciate the sacrifices he made as head coach and certainly wish him and his family well going forward.”

Now as for what went wrong under Vogel’s watch a lot of it has to do with the flawed roster he inherited when he took over as head coach. The team decided to ship off Victor Oladipo, Ersan Ilyasova and first round draft pick Domantas Sabonis to Oklahoma City in exchange for Serge Ibaka. However, Ibaka did not have anywhere near the impact the Magic had expected, and he too was shipped out of town. Sadly, the Magic would have been way better off hanging on to Victor Oladipo, who is in the running for the NBA’s Most Improved Player award this year. Vogel also dealt with a number of injuries during his tenure, but even if everyone had been healthy, the Magic would still not have made the playoffs.

Now, you may be asking yourself what’s next for the Magic. They still are lacking talent and really only have Aaron Gordon and this year’s rookie, Jonathan Isaac to build around. The good news is that they should land a top 5 pick in this year’s draft. Orlando finished with the fifth worst record this season, and have just under a 9% chance of landing the number one overall pick. The key will be landing somewhere in the top 4 as many draft experts feel those players have the greatest chance of becoming franchise altering players. Those players include: DeAndre Ayton, Luka Doncic, Marvin Bagley III, and Michael Porter Jr.

It is rather early in the process but there are already a few names floating around that could replace Frank Vogel. One name that could rise to the top of the list is former interim Head Coach of the Magic, James Borrego. The long-time assistant has certainly paid his dues in the NBA and could be a hot name this off-season. It also be worth watching for any other recently fired NBA coaches like Jeff Hornacek, who was let go today by the Knick. Now one wild card candidate to consider would be former NBA All-Star and current G League assistant, Jerry Stackhouse. Either way, it should be an exciting off-season for the Magic starting with the NBA Lottery in May. 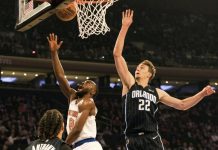