The Hampton Roads area is the largest US market without a Major League team.

Singer, songwriter and song producer Pharrell Williams is trying to get an arena-village built in Norfolk, Virginia and he claimed that the arena could get some big-time business aside from music concerts. “Who wouldn’t want to have a franchise here in Norfolk,” Williams asked. “We have been talking to two national leagues for franchises. Conversations I can’t really get into right now, but it looks very good.” Since the building is slated to be an indoor arena, that means Williams could be talking about a National Basketball Association or a National Hockey League team or even a Women’s National Basketball Association franchise. The last major league team that called Norfolk home was the American Basketball Association’s Virginia Squires. That team operated between 1970 and 1976 and played home games in Norfolk, Hampton, Richmond and Roanoke. The Squires franchise had some big-name players including Julius Erving and George Gervin. Squires’ ownership had money problems and shut down before the NBA took in four ABA teams in June, 1976, charging the franchises $3.2 million each which then was a large sum of money.

There is no indication that the NBA, WNBA or the NHL would be interested in placing a team in the Hampton Roads area which is the largest United States market without a Major League Baseball, a National Football League, a National Basketball Association, a National Hockey League or a Major League Soccer team.  In 2013, the then owners of the NBA’s Sacramento Kings, the Maloof brothers, visited the market and made some announcement that they were interested in moving to Virginia. Nothing ever materialized. In 1997, the then NBA Charlotte Hornets owner George Shinn applied for a National Hockey League expansion franchise somewhere in the Hampton Roads market but the NHL was not interested. The market is too small with little corporate cash. 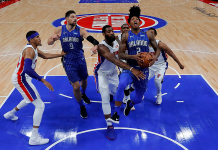 The Arena That Changed Sports Business was Blown Up 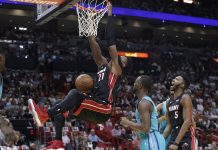