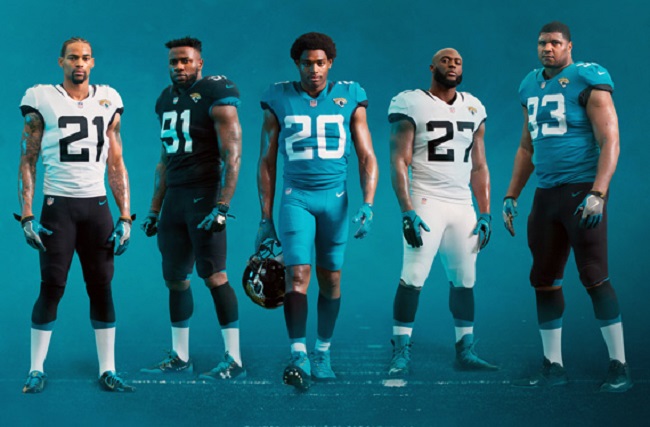 Jacksonville, FL — The biggest storyline this offseason for the Jacksonville Jaguars was the quarterback situation. The Jaguars made a quick decision on quarterback Blake Bortles; awarding him a $54 million contract with $26 million guaranteed.

In a deal that can be described as a win-win for both sides; the Jags can focus on improving their roster while evaluating Bortles over the next 2-3 years

Jacksonville has been savvy over the past few offseasons. Drafting guys like running back Leonard Fournette, cornerback Jalen Ramsey and linebacker Telvin Smith amongst others. And signing studs such as defensive lineman Calais Campbell, cornerback A.J. Bouye, and safety Barry Church

Now the Jags turn their attention towards the draft. By now their draft board is complete and will look to add players who can bring a Super Bowl to Jacksonville in 2018.

What Does Jacksonville Need?

The Jags are in a peculiar situation going into The NFL Draft; they don’t have a glaring need at any particular situation. Most noteworthy, they’re pretty stout at every position group, especially on defense.

However, Jacksonville is average at quarterback, receiver and tight end. Although average, the trajectory of Bortles’ and his receiving corps is looking upward as they navigate their second season in the west coast offense.

Jacksonville parted ways with receivers Allen Robinson and Allen Hurns who missed a combined 16 games last year due to injury. Robinson (ACL) signed with the Chicago Bears and Hurns (ankle) signed with the Dallas Cowboys. Jacksonville decided the finances did not add up to production and availability.

The Jags will continue to develop second-year receivers Keelan Cole (748 yards) and Dede Westbrook (339 yards/7 games); looking to Marquise Lee for leadership in the receiver room. Lee signed a four-year worth $38 million this offseason.

Jacksonville’s receiving corps as a whole was sub-par last season. Ranking 18th in receiving yards and 20th in receiving touchdowns. However, those averages are not solely on the wide receivers or Bortles. The Jaguars’ tight ends had an NFL-worst 43 catches in 2017.

Attempting to improve the position, Jacksonville added tight ends Austin Seferian-Jenkins and Niles Paul. Neither which are elite or dynamic nor can they help much in the run game. Serviceable is the word that comes to mind when describing these pass catchers.

What Should Jacksonville Do In Rounds 1-3?

When teams pick in the top 100, they’re looking for players who can start within a year or two. The Jaguars can do one of three things in the early rounds: draft for the now, draft for the future or draft for the need.

Jacksonville can kill two birds with one stone by drafting for now via drafting for need. Meaning, at pick 29 the Jags can draft the best player on their board at the position of need (TE). However, the value of drafting a tight end at pick 29 could be too great for the quality of tight ends left. This is not a great tight end class.

The Jaguars could look into trading back in the second round to get the same player while accumulating draft picks.

Jacksonville could also look into drafting a receiver at pick 29. But again, they could trade back into the second round for the same player due to the quality of receivers.

Look for the Jags to bolster the offensive line in the first three rounds. Running the ball and protecting Bortles are top priorities in 2018.

Lastly, the Jaguars could draft for the future. Jacksonville has big financial decisions coming up. Players like linebacker Myles Jack, defensive end Yannick Ngakoue, cornerback Jalen Ramsey, and running back Leonard Fournette are all in line for paydays. The Jags could draft the replacement for the player least likely to sign a long-term deal.

How Will Jacksonville Approach The Later Rounds?

Rounds 4-7 are used to fill out the roster and improve positions of need, preferably with high character guys. Jacksonville will draft a quarterback some point after round three.

Expect the Jags to draft third-down running back to spell Fournette and eventually replace running back T.J. Yeldon.

A mike (middle) linebacker is a must with the retirement of linebacker Paul Posluszny.

Jacksonville will weigh their options on offensive and defensive interior linemen focusing on the run game on both sides of the ball.

First Round Prediction: Jacksonville will trade out of the 29th pick. They either go up and get a player they covet or trade back and draft a player of need to help win now. 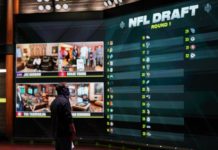 2022 Buccaneers Draft Primer and there are plenty of quality players on the board no matter what the position.