Colin Kaepernick is a polarizing figure but he is not the first athlete to protest nor is he the last.

In case you have missed it, athletes, sports owners and coaches are now talking about issues that extend beyond the locker-room. That is causing problems for people who just want to watch sports to get away from the news of the world. But that’s not happening anymore. The NBA’s 2016-17 rookie of the year Malcolm Brogdon, who played college basketball at the University of Virginia, plans to talk about issues. NBA employees from players to coaches are expressing opinions as are NFL players. It does appear that the NFL has blackballed Colin Kaepernick for not standing for the National Anthem in 2016. Others are following Kaepernick’s lead in this summer’s NFL pre-season.

Like it or not, athletes are involved in the process and are not shying away from opinions. In the 1940s, college athletes took a stand supporting teammates against Jim Crow with Penn State players refusing to play in the 1948 Cotton Bowl in Dallas, Texas unless two Negro players were allowed to take the field. Cotton Bowl officials relented. The Cleveland Rams owner Daniel Reeves had to agree to hire Negros in 1946 as part of his agreement to move to the Los Angeles Coliseum despite other NFL owners’ opposition.  In the 1960s, there was the African American boycott of the 1965 New Orleans AFL All Star Game because of Jim Crow and Muhammad Ali’s refusal to enter the armed forces in 1967. Joe Torre, now a baseball executive, had firsthand experience with Donald Trump playing golf with him, Bill Clinton and Rudy Giuliani in 2008 to raise money to help battered women at Trump’s Westchester County, New York course. In 2016, Torre was critical of Trump’s words used on the campaign trial. Get used to it, what is said in the locker room is now part of the public dialogue. 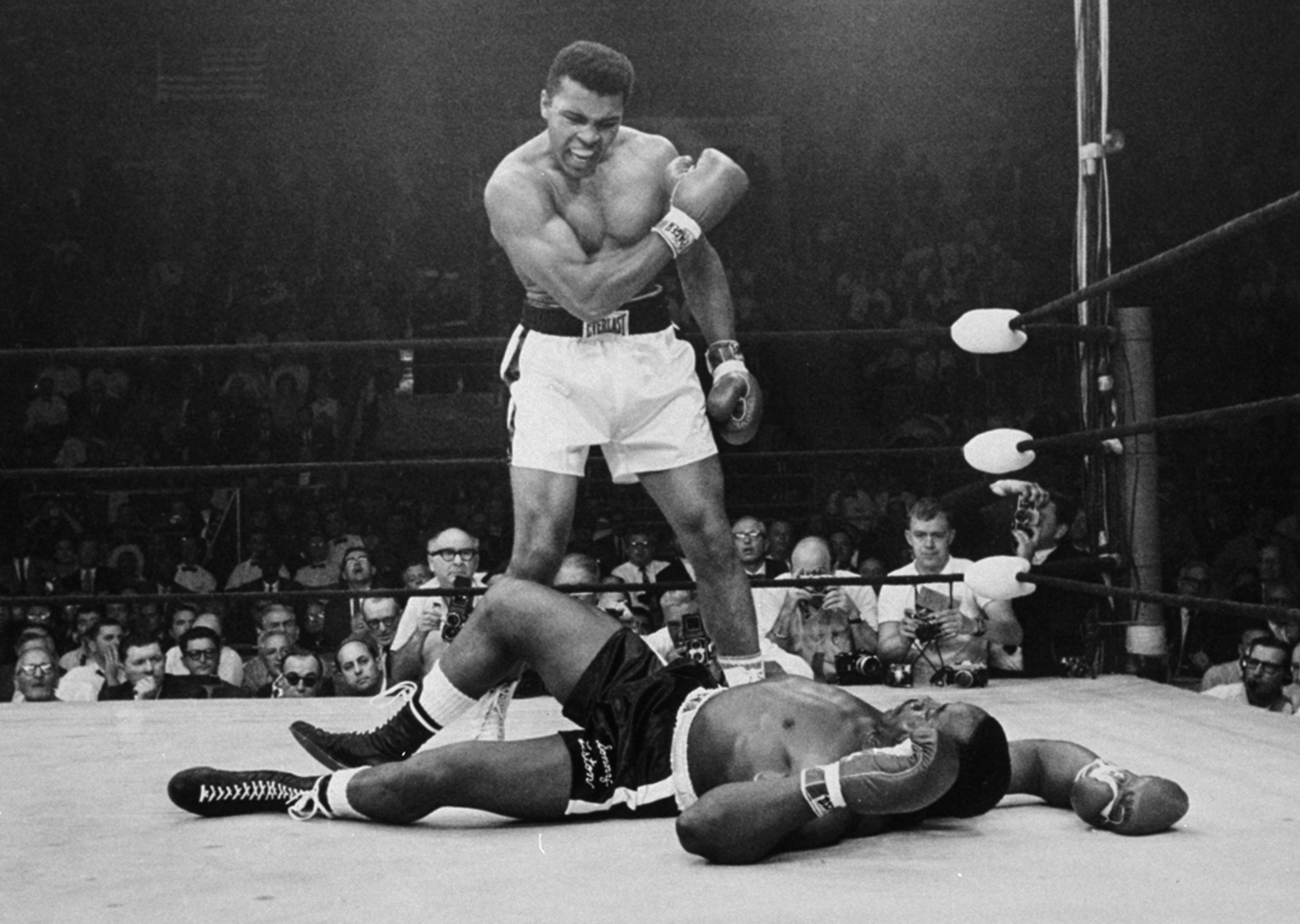 Muhammad Ali almost gave up his career for his beliefs.

Black History Month And The NFL: It Is Complicated