A lot can change in a single crazy weekend

Moving down to the Tampa Bay area this week, it occurred to me that my upbringing around the cities and suburbs of the northeast meant that “it’s dark outside” is a relative term for me.

My dad and I were going around Gainesville as part of the long drive down when our guidance system took us on a bit of a detour, away from highways and into woods. That’s when it dawned on me that I really have no idea what a dark night looked like until that moment, cautiously turning slowly because what a GPS claimed to be a left turn looked like we were turning into complete nothingness.

On Friday afternoon I began my move from Boston. By the post-midnight hours of what was technically Sunday morning, I was on Florida’s Gulf Coast. There was traffic on Friday, construction on Saturday, and exhaustion throughout. At the end, in just the course of one weekend, I was well over a thousand miles from where I started and in an entirely different situation.

The same could be said of the Tampa Bay Buccaneers. Coming into Sunday the Bucs were a popular pick for a “sleeper” team that might surprise people all the way to the Super Bowl. This was so prevalent that in pregame interviews Jameis Winston mentioned that the Buccaneers plan on playing in Minnesota a second time this season.

At least they had something planned, because on Sunday it looked like that vision of winter in a place where winter is brutal was about the only planning anyone did in week three. The Vikings wiped the floor with Tampa Bay, making the Bucs look bad in all three phases of the game and possibly worse on the sidelines. 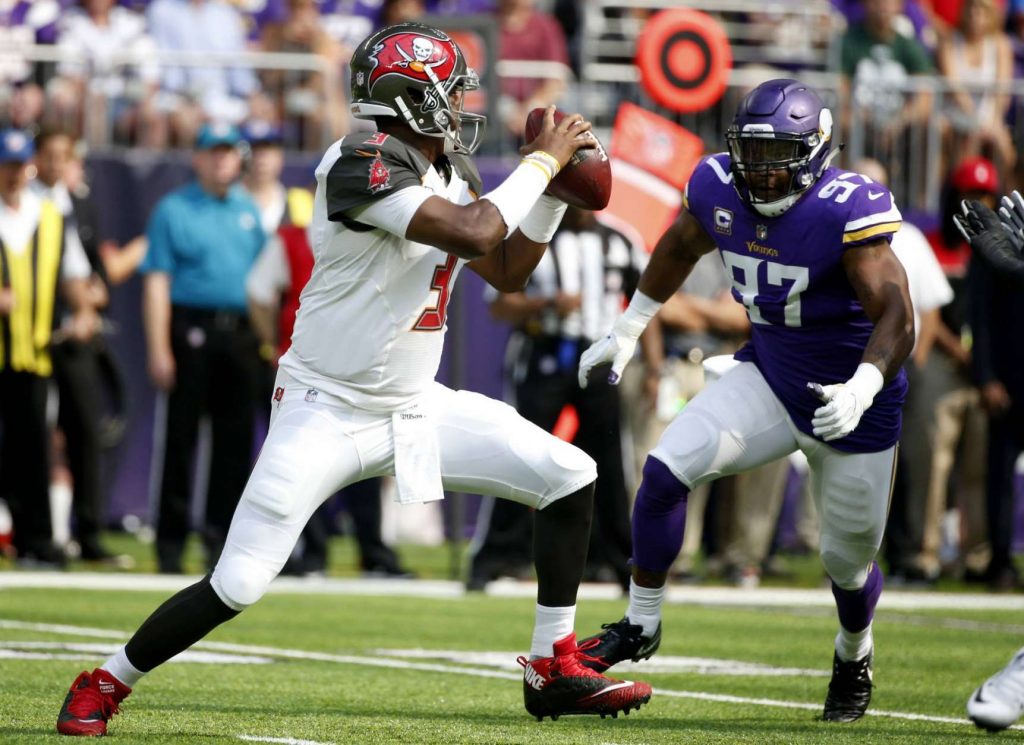 What unfolded on Sunday afternoon was nothing short of a loud wake-up call to Buccaneers fans who thought the team had made it all the way back to what they were in the early 2000s. Last week it was clear that the talent and basic makeup of a true contender was in fact there with the Bucs, but there is still a long way to go.

The defense was a point of major concern in specific. It wasn’t just that four starters didn’t play at all, though the lack of depth was on clear display Sunday afternoon. The more alarming thing was that it’s likely that the best defense Case Keenum faced in week three was the Minnesota Vikings’ practice squad.

In the first half, Keenum didn’t just have people open, they were entirely uncovered. It seemed like this was true on every passing down. The Buccaneers looked unprepared for the Vikings, and really in that first half they looked unprepared to play any football team. Coming out of the locker room for halftime, their adjustments left much to be desired. Mike Smith has been getting a fair amount of attention for his work with the Buccaneers’ defense, but this time around the defense looked like they were just winging it. It was the worst game of a lot of careers on that side of the ball, and Mike Smith might just be at the top of such a list.

Special teams provided no help whatsoever. Tampa Bay struggled to return kicks effectively, twice returning kicks short of the 25 yard line that a touchback awards a team. A good punt early was negated by a penalty. Short returns were negated by penalties. Subsequently, the Tampa Bay Buccaneers handed their vaunted offense the ball with a growing deficit and terrible field position all day long.

The offense, of course, is not without blame. Jameis Winston, for all his personality and all his talent, has a touch of Brett Favre Disease: He’s a potentially great quarterback who sometimes thinks he’s capable of throwing a football through defenders. This is a bigger problem the more the Bucs trail, as the more Winston thinks he has to make things happen by himself the more prone he is to give the ball to the other team in the process of trying to do that.

The running game never got going. Doug Martin’s still out with a suspension, and Jacquizz Rodgers did not have a great game on Sunday. What’s more, the Buccaneers abandoned the idea of moving the ball on the ground rather quickly, which did not help Winston’s issues with what basketball people call “hero ball.”

It was a problem that Tampa Bay ran for just 26 yards on Sunday. That they did that on only nine carries, however, is a shot to the system.

The game was poorly planned, poorly coached, and poorly played. It was a counterpoint to everything that had come the week before, with the destruction of the Chicago Bears (who somehow managed to beat Pittsburgh yesterday, by the way). A week ago, people were wondering if the Bucs could be a Super Bowl contender. That has been replaced with questions, serious ones, about what the team from the top down thought would happen at 1:00 on Sunday.

Of course. Sunday was a weird day across the NFL, and week three was a weird week. The biggest story in the news all week revolved around the league, and a looming elephant currently occupying the middle of every room from Biscayne Bay to Puget Sound. You’ve likely read, heard, and talked quite enough about it. I assure you all that I have nothing new to contribute to the conversation.

Moving on, the football was abnormal as well. The Buccaneers weren’t alone in laying a complete and utter egg on Sunday. The Steelers lost to a Bears team that got exactly 101 yards out of starting quarterback Mike Glennon. The New Orleans Saints, whose defense looked non-existent to this point, held the Panthers to just 13 points en route to an emphatic victory. The Seattle Seahawks and What’s Left of the Legion of Boom found themselves on the business end of Marcus Mariota and the Titans, who took the game. The Packers took extra time to finally squeak by a Cincinnati team that had looked disinterested to that point. The Bills beat the Broncos, the Jaguars won 44-7 over Baltimore, the tanking New York Jets beat Miami, and the Raiders lost to Washington.

Thus ends the entirety of the silver linings that those who root for the Pewter Pirates of One Buc Place can look for around the many clouds presented on Sunday. 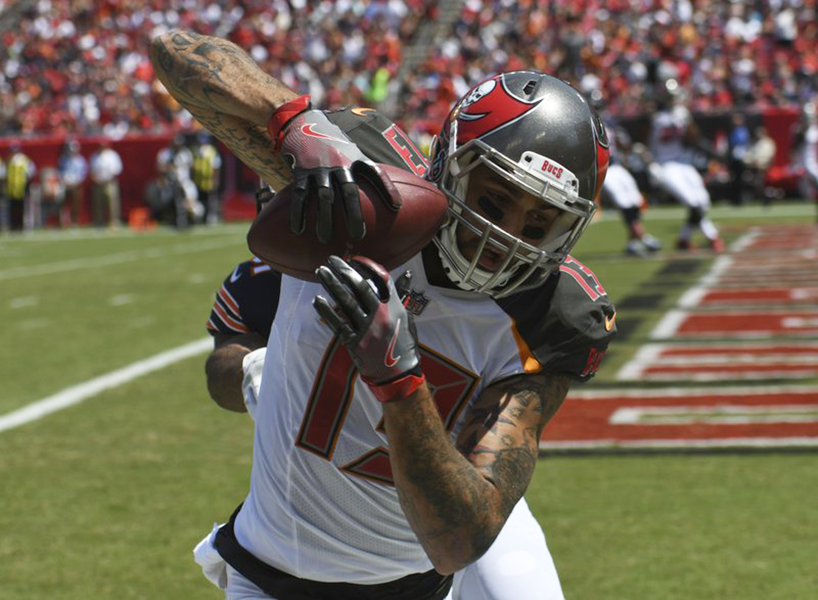 From here the Buccaneers come back home to play the New York Giants. The Giants lost a close one to the Eagles on Sunday to fall to 0-3, but coming into the season they too had high expectations. That should lead to New York coming out highly motivated, based around their passing offense. Since the Bucs struggled to defend the pass on Sunday and allowed a backup quarterback to throw circles around them, expect Eli Manning to come out throwing.

Through good times and bad this offseason and early season, the facts about the Bucs have remained the same. The bottom line, to me, is that their ability to adjust on the fly and their ability to be creative with game planning will be the difference between Tampa Bay being an “up and comer with potential” and an actual contender. That was a test that they completely bombed on Sunday. Jameis Winston resorted to trying to do too much and fell into some old habits in the process. The defense lacked depth and effectiveness. The special teams were underwhelming to say the absolute least. Worse still, the coaching staff seemed to have no adjustments, no tricks up their sleeve to deal with adversity.

This is the NFL. Plan A doesn’t always work, and champion football teams get where they end up because they can roll with those punches. From the first drive of the game through the end, the Buccaneers lacked a contingency plan, instead hoping the Vikings would somehow hand them the game later on through unforced errors.

The Buccaneers’ Title GPS took them on a detour Sunday afternoon, and now the Bucs are lost in some dark woods. They have a week to find the appropriate place to turn. 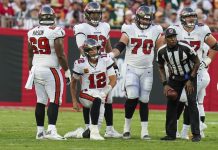 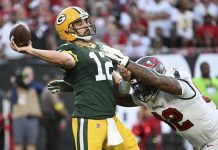