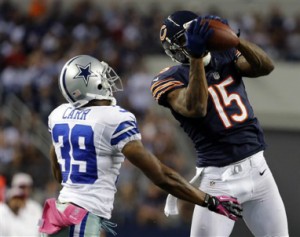 The Cowboys (2-2) returned to work on Monday to begin preparations for a difficult stretch.

They play four of the next five games on the road, starting Sunday at AFC North-leading Baltimore (4-1). They also travel to undefeated Atlanta during that span, and face division rivals Philadelphia and the New York Giants, who come to Texas.

Starting center Phil Costa practiced, as did Pro Bowl nose tackle Jay Ratliff, who hasn’t played yet this season because of a high ankle sprain. Costa played only the first series of the season before getting sidelined by back issues.