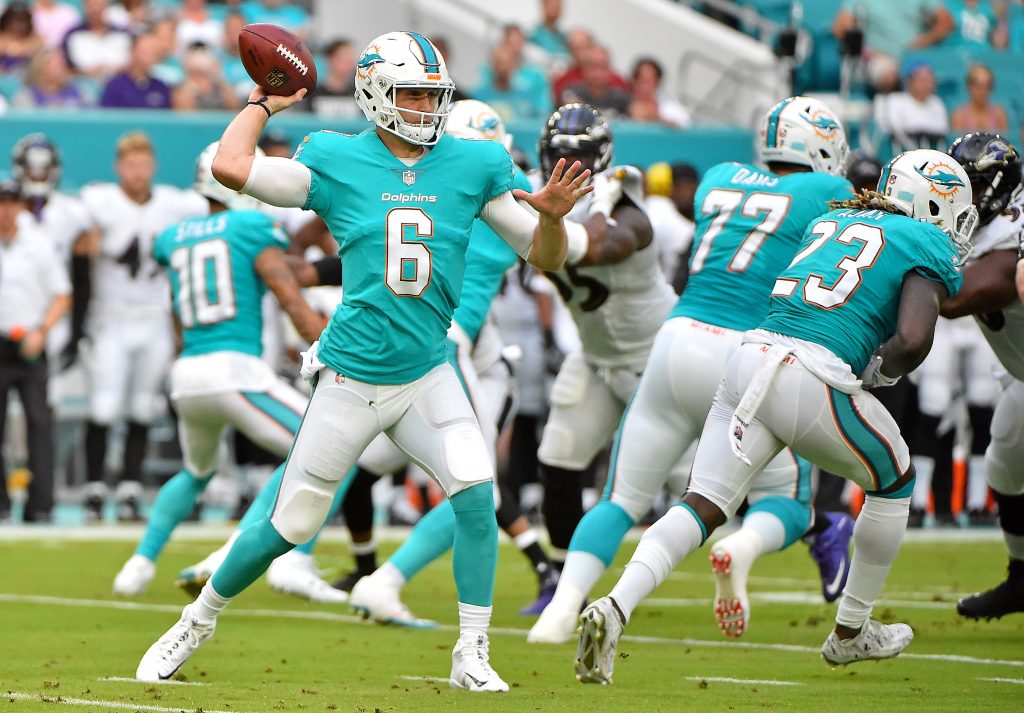 The Miami Dolphins finished strong last week against the Falcons to come away with a 23-20 victory but last week’s finishing kick was nowhere to be found in their second preseason game against the Baltimore Ravens.

The Dolphins fell to the Ravens 31-7 on Thursday night as they were unable to sustain drives in the early goings of the game. Jay Cutler got his first start of the preseason and looked sharp when asked to push the ball vertically down the field. He completed a 16-yard pass to DeVante Parker and finished the night 3 of 6 for 24 yards.

Miami was unable to get on the scoreboard until the second quarter when running back Senorise Perry found a crease at the line of scrimmage and scampered into the end zone for an 11-yard touchdown.

Unfortunately, Perry’s touchdown would be the last points the Dolphins put on the board as the Ravens went on a 31-0 run.

Despite being unable to stop the Ravens from putting up points, throughout the contest, the secondary was exceptionally opportunistic. Byron Maxwell came away with two forced fumbles which were recovered by the Ravens, while Xavien Howard and Cordrea Tankersley both picked off Ryan Mallett.

The Dolphins’ run defense has done well stopping the run throughout camp but they were porous on Thursday night, giving up 141 yards on the ground.

Rookie defensive tackles Davon Godchaux and Vincent Taylor have performed admirably in the preseason and they continued to be aggressive with guards at the snap of the ball. Godchaux was very disruptive and finished the game with one tackle while Taylor added three tackles on the night.

The Dolphins’ two young tackles continue to shine, but when the offense converts just nine first downs throughout the entire contest – even the ’85 Bears’ defense might have succumbed to fatigue as well.