Financial losses are adding up.

American sports owners have been quiet about the American government’s response to COVID-19 containment. The owners have let league commissioners or in the case of colleges, college conference executives, speak about getting a product to the marketplace during the pandemic. But that silence was broken by the owner of the National Football League’s Philadelphia Eagles Jeffrey Lurie. The NFL is ready to open the season and stadiums will not be filled with paying customers who not only buy seats but pay for parking, shell out money for food and drink, and buy merchandise. All of that money is going out the window. Lurie has had enough of the lack of a COVID-19 containment policy from the federal government. While Lurie did not name who is at blame, he left no doubt who is at fault.

“We have to own the questions of leadership and the questions about policies. There is a lot to be discussed here on that and in the future. It is heartbreaking. These are needless deaths. We should be similar to most countries on this planet, and yet, we are an embarrassment, a tragic embarrassment. What if I told you yesterday that five Boeing 737s crashed in the United States and everybody died? That is every single day right now. It has been that way for many weeks. We are 4 percent of the world’s population, 21 percent of the fatalities. There is a lot to figure out. Why is that the case? The fact of the matter is its feeling the pain of all those people in the United States and wondering why we are the wealthiest country in the world but have 21 percent of the deaths. We have the ability to socially distance better than any country and life-saving mechanisms more than any Third World country.” A lack of a coherent COVID-19 policy is harming the economy and that includes sports owners’ pocketbooks. 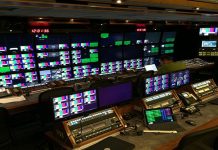