There was a theory floated out there that New England, as prepared as any team ever is for a football game, actually could be neutralized if their opponent had more time to get ready for them as well.

As Patriots coach, Bill Belichick is 24-8 he has two weeks to prepare for opponents. That .750 winning percentage is just a shade above his overall record of .739 (regular season) and .727 (postseason). In the postseason when New England has a couple of weeks to game-plan, that mark sits at a remarkable 13-3. It is worth noting however that 10 of the 16 games were decided by one score or less, including the losses.

Let’s go a step further. How have teams done off a bye week facing Belichick and the Pats? Over the last 5 years, 4 teams have played New England off of byes, and none of them have won (43-17, 42-20, 27-10, 20-16). Teams that have played Belichick in the playoffs that had the bye week to work with, went 3-4. New England won back-2-back Super Bowls, lost at Denver in the divisional round, won at San Diego in the divisional round, lost the Super Bowl in 2007 after an unbeaten season, lost another Super Bowl in 2011, and then won a Super Bowl in 2015 against teams that had 2 weeks to ready for them. 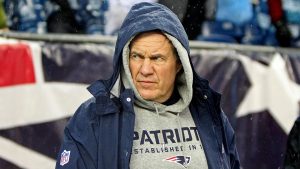 At the very least we can observe that Patriots are the best bye week football in the NFL regular season since Belichick arrived in Foxboro. The Pats average margin of victory is double-digits in those games only further proving their dominance. Really, it just illustrates that the best organization in football only gets better with more time to get ready.

The postseason, where the opponent is guaranteed to be better by virtue of their known-quantity of a stronger record to qualify, is where some progress is made. Of those 7 games played, 5 were decided in the final seconds of the game. The only exceptions were the 2006 divisional loss (27-13) at Denver and the win over the Eagles in the Super Bowl (24-21). New England is still 3-2 in Super Bowls with the 2 weeks to prepare, and overall has a winning record in the playoffs and regular season. 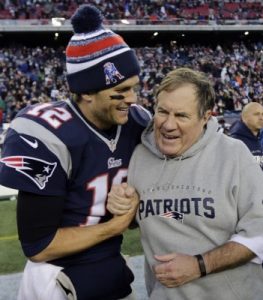 One other thing worth noting with a historic offense opposite them in Super Bowl 51: The most points the Pats have given up in a playoff game is the 31 Baltimore scored against them in 2014, a game New England had to come back to win. Nobody else has topped 30.

And while the Giants defense notably held the Pats in check (17 and 14 points), it’s really a mixed bag, and many more big offensive showings for the Patriots when given ample time to prepare. New England averages just under 28 points per game in the playoffs with 2 weeks to prepare and gives up under 20.

So what we can gather is Belichick and Pats will be ready. But with their competition being elite, and having equal opportunity to study, this should be a good game if history serves.