Week 11 is about to start and here some fantasy football pickups most likely available on your league’s waiver wire and poised for big games in Week 11: 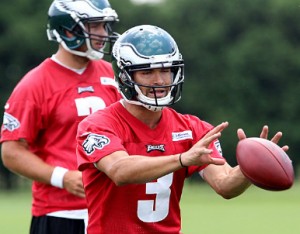 Mark Sanchez, Eagles QB. All the talk around Sanchez has been the perfect situation that he’s in: a quarterback-friendly system and superb talent surrounding him. That being said, Sanchez has shown in two games that he can still play well given the right opportunity. This week the Eagles face a Packers that defense that statistically is good against the pass, but removing their matchup last week against a struggling Jay Cutler gave up some big games to quarterbacks such as Ryan Tannehill and Drew Brees in recent weeks. Look for Sanchez to potentially have an amazing game this Sunday. 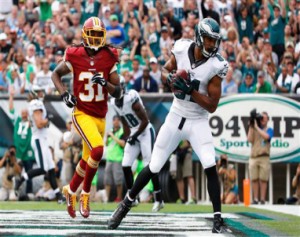 Jordan Matthews, Eagles WR. Let’s stay with Eagles offense. If Sanchez is having a good game then consequently some of his receivers are too. Matthews seems like a nice option considering he’s already caught three Mark Sanchez touchdown passes in the last two weeks. Throw in the fact that he was also targeted by Sanchez nine times last week and consider Jordan Matthews a solid play this Sunday against the Packers. 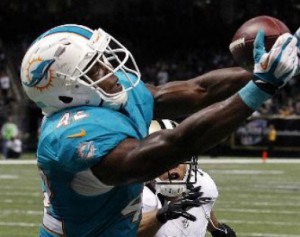 Charles Clay, Dolphins TE. This is one of the riskier play I’ve advocated for this season, but I believe Clay should have a breakout game this Sunday against Buffalo. His targets from Ryan Tannehill have shot up in the last two weeks (8 and 9 in Weeks 9 and 10 respectively) and he already had a seven catch game against the Bills earlier this season – although only for 31 yards. From a division rivalry standpoint, the Dolphins should look much better than the horrendous effort they displayed in their first matchup against Buffalo. Tannehill is a different quarterback at this point in the season, and in a game where he’ll be seeking revenge one of his favorite targets could have nice day.

Chargers D/ST. The Chargers defense has played two horrible games in the last two weeks, however, this week against the Raiders can be a turnaround game for the entire team. The last two weeks were against offenses playing well in Denver and Miami. Also, the Raiders offense have had three turnovers in each of the last three games. Despite giving up 28 points to Oakland in their last matchup, the Chargers defense were solid through the first five weeks of the season. Against a struggling Raiders offense, this defense has an opportunity to get back on course.