Week 7 is starting in one day and here some fantasy football pickups most likely available on your league’s waiver wire and poised for big games in Week 7: 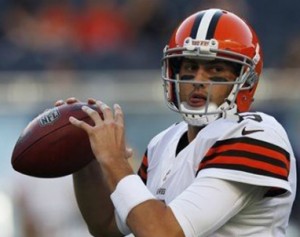 Brian Hoyer, Browns QB. Looking at Hoyer’s game log for all of 2014, the Browns quarterback has been surprisingly very consistent and has been at least a serviceable fantasy quarterback every week. That being said, Hoyer goes up against one of the worst pass defenses in the NFL – the Jacksonville Jaguars. Week 7 might be Hoyer’s best game this season. 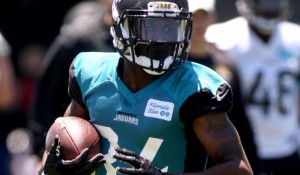 Storm Johnson, Jaguars RB. Jaguars RB Toby Gerhart may be back this Sunday against Cleveland, but he is still dealing with his injury and Johnson should continue to get more carries against a bad Browns rush defense. Also, QB Blake Bortles’ continued improved play should start to open up the running game even more and keep more drives alive. Johnson will also get carries in the red zone. 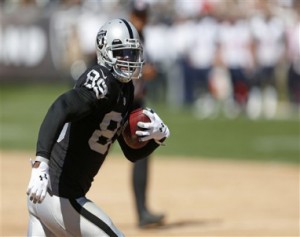 James Jones, Raiders WR. Jones has quickly become the top Raiders receiver (leads team in receptions, receiving yards and touchdowns) and a top target for a now well-performing Derek Carr. Carr and Jones can both have great games this week going up against a horrid Cardinals pass defense that is the last in the NFL in opposing pass yards. 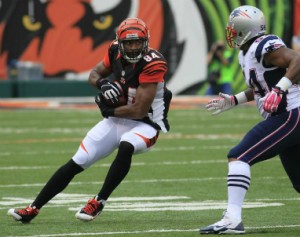 Jermaine Gresham, Bengals TE. With Marvins Jones mostly likely being out and AJ Green’s uncertain status this week against the Colts, Gresham has a great shot at being a solid target behind Mohamed Sanu. This past week against Carolina without Jones or Green in the lineup Gresham had his biggest game this season in both targets and receptions (7 and 6 respectively, plus 68 receiving yards). He should definitely repeat that performance at least against a weak Colts defense. 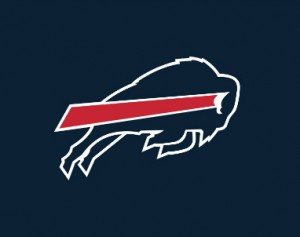 Bills Defense/Special Teams. Buffalo plays one of the worst offenses in the NFL this week in Minnesota. The Vikings have given up 14 sacks in the last two weeks and the Bills front seven is arguably the best in the NFL. It’s hard to imagine the Vikings offense having any sort of success this week against a defensive unit that should be owned in every fantasy league, but is still highly available.