Week 9 is about to start and here some fantasy football pickups most likely available on your league’s waiver wire and poised for big games in Week 7: 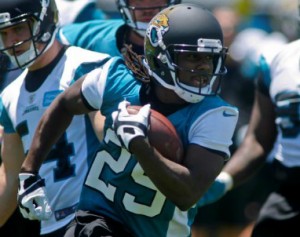 Denard Robinson, Jaguars RB. It’s clear that Denard Robinson has taken over the starting RB spot for the Jaguars. Not only has he taken over the position, but he has excelled in the role. In the last two games, Robinson has gotten at least 18 carries and rushed over for 100 yards in each game. The most recent against a tough Dolphins rush defense. Robinson should benefit from facing a Bengals defense this week, who have struggled greatly against the run. 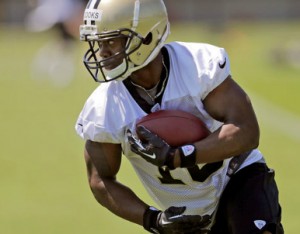 Brandin Cooks, Saints WR. Cooks remains second in targets from Drew Brees on the Saints (only two targets behind Jimmy Graham). Cooks’ fantasy value looked shaky after Week 7 against the Lions when Cooks only 3 targets. This past week Cooks bounced back against the Packers with six catches for 94 yards and a touchdown off seven targets. Carolina’s defense finally looked good again this past week against the Seahawks, but the Saints will be a tougher challenge. 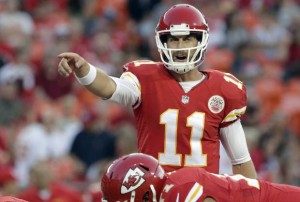 Alex Smith, Chiefs QB. Smith hasn’t done much good or bad in the past two weeks, both being Chiefs wins. Smith has a great chance at a great stat line at home against the Jets this week who just got torched by Kyle Orton and the Bills. It’s only a matter of time before Smith finds the endzone again while the Chiefs overall have been great. 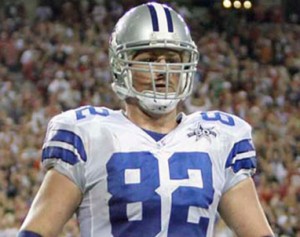 Jason Witten, Cowboys TE. Witten is starting to regain his share of the Cowboys’ offensive production coming off a solid five catch, 70 yard performance (plus a touchdown) last week against Washington. Besides lackluster performances in the two weeks before that, Witten has been a solid target for Romo this season. The Cardinals are surprisingly the worst team in the NFL in terms of passing yards per game, giving the whole Cowboys passing game a chance for a stellar outing.