Week 5 means the second week of teams on bye week and of course more injuries – the need for fantasy football sleepers continues to grow. Last week all four of my sleeper picks had good to great games and I am very confident in all my picks below for Week 5.

Here some fantasy football sleepers most likely available in your league and poised for big games in Week 5: 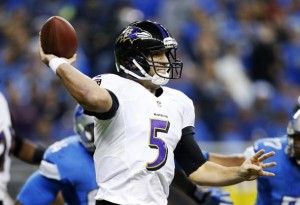 Joe Flacco, Ravens QB. The Ravens as a team have been quite impressive this whole season and Flacco has been a major factor with consistent play (something we don’t always see from Flacco). The Ravens Week 5 opponent, Indianapolis, can score as well as any other team but their defense is a completely different story. Flacco should at least have a decent game against a very weak Colts defense in a season where Flacco has already thrown for 7 touchdowns and two 300-passing yard games. 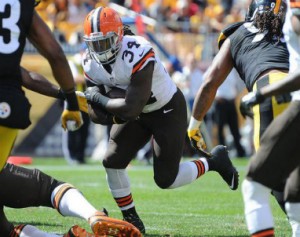 Isaiah Crowell, Browns RB. With Ben Tate on track to return this week against Tennessee, Crowell will obviously see less touches. On the other hand, Crowell has certainly played well enough to maintain a role in the offense will continue to be a viable fantasy option this week against a bad Titans’ rush defense. Crowell should especially continue getting chances at touchdowns as all of his 4 touchdowns this season came within the opponent’s 40-yard line. 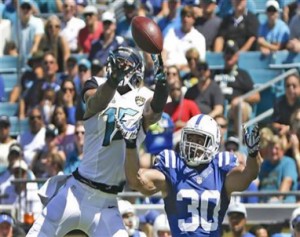 Allen Robinson, Jaguars WR. Robinson has become a favorite receiver for new starting quarterback Blake Bortles. Since Bortles took over in the second half of the Jaguars Week 4 game against Indianapolis, Robinson has been targeted by Bortles 15 times. The Jaguars passing game has potential for a good game against a Steelers defense that gave up 302 passing yards last week to Buccaneers quarterback Mike Glennon. 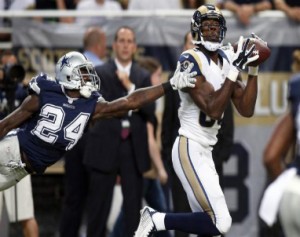 Jared Cook, Rams TE. Newly appointed Rams starting quarterback Austin Davis has shown tremendous progress in only three games he has played so far this season. The Rams Week 5 opponent, Philadelphia, play well against opposing tight ends but are one of the worst pass defenses in the NFL. Count on Cook to still get his chances this Sunday as he is second on the Rams in targets with 21 and the Rams are integrating the passing game more with Davis’ solid play.