It is always about money.

National Football League Commissioner Roger Goodell is hoping that he and his negotiators can make enough compromises with DeMaurice Smith and the National Football League Players Association that a deal can be cut by the start of the NFL season to get a new Collective Bargaining Agreement. There were some reports that a deal could be reached by the artificial deadline as there are still two seasons left on the present deal. But the players association has thrown some cold water on the optimism. The players association is advising players on how to handle any potential work stoppage by reminding players to mind their money starting with saving half of your paycheck. Players need to be mindful of money anyway because the players association never got guaranteed contracts or lifetime health benefits. Players can keep signing bonuses but if they are cut or more to the point fired, there is a severance package and final goodbye.

The players have been told to hold off on business investments and find other ways to amuse themselves that doesn’t require financial investments. The players need to be aware there will be a loss of income, there will be a loss of health insurance whether there is a lockout or a strike in 2021. There will be an increase in training costs as the players cannot use team facilities. There was also one other warning. The we are one feeling and not following orders. In the 1987 strike, “football team think” that players have been taught since Pop Warner level football and “it is all about the teammates” was lost when Lawrence Taylor and Joe Montana among others cross the picket line, although there was no picket line, and played as scabs. The NFLPA ended up going to court in an effort to get free agency. The owners can weather a stoppage, they players simply can’t. 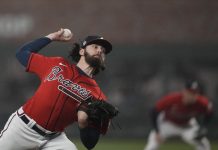