If the game played between the Jacksonville Jaguars and Buffalo Bills needed a title on Sunday, ‘A Tale of Two Halves’ would be it. While the Jaguars defense played their best football of the season in the first half, it was their offense that kept them in the game in the second half.

Getting off to a fast start is something head coach Gus Bradley has stressed to his players since training camp. It is a message that has been unheard all season, especially by the offense. 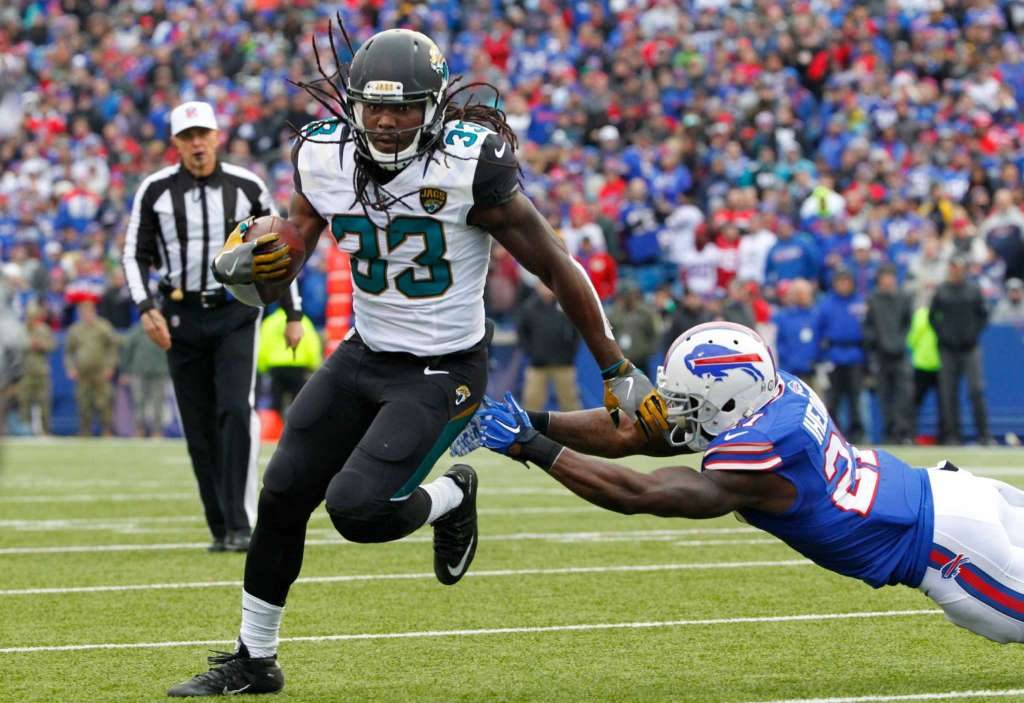 The Jaguars threw a heavy dose of the ground game at Buffalo early as the combo of Chris Ivory and scrambling Blake Bortles accounted for 64 of the 75 yards accumulated on the opening drive. That drive was capped off by a touchdown thanks to Chris Ivory from two yards out. The touchdown by Ivory was the first touchdown scored by the Jaguars on their opening possession for the first time since week two of 2015.

Although the offense cooled off after their opening drive, they were able to to still find success only going three and out twice, a huge improvement from previous weeks. Although not resulting in any points, the Jaguars were able to establish the running game to control the pace of play.

Not to be outdone by the quick start of the offense, the Jaguars defense came out of the tunnel ready to play. Coming into this contest, the Bills sported the number one rushing offense in the league, and the Jaguars did an amazing job of stuffing the run in the first half. The Jags held the Bills to just 25 yards on 11 attempts, and 13 of them came on the Bills final two plays of the half. LeSean McCoy actually finished the first half with just five yards.

It wasn’t just the defense stuffing the run in the first half that was impressive. The Jags defense also held the Bills passing attack to just 38 yards. Coverage was tight and when passes were caught, the Jags defense was there to bring down the ball carrier immediately. For good measure the Jaguars produced three first half sacks.

With just under two minutes left in the first half, the Jaguars punted the ball to the Bills, and the Bills returned the punt 16 yards to their own 45, however a running into the kicker penalty allowed Jacksonville to re-kick, which proved to be a mistake. Brandon Tate would return the second punt 43 yards, and a five yard penalty that would be tacked on to the end of the run setup Buffalo at the Jacksonville 22.

With time running out in the first half, the Jaguars defense forced a 4th and 1 situation at the 13 yard line. The Bills decided to go for it instead of kicking the field goal, a strategy that would pay off as rookie Johnathan Williams would pick up the first down on the ground. McCoy would follow up the first down run with a touchdown, but a missed extra point would send the teams to the locker room with the Jaguars clinging to a one point lead. 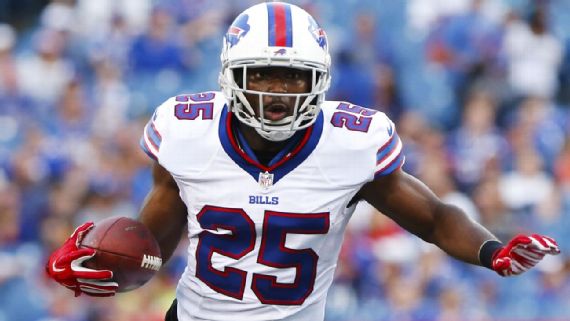 Then came the second half and a different defense came out of the locker room. Buffalo wasted no time taking the lead in the second half, as LeSean McCoy took the first offensive play of the second half to the house with a right up the gut 75 yard touchdown run. In one play the Bills had more yards than they did in the entire first half of the game offensively.

The Jaguars offense would start the same way they started the second half, with a touchdown. Blake Bortles threw a couple of strikes on the drive, and the run game, accompanied by a nifty third down run by T.J. Yeldon, would sustain the drive until Bortles found Marqise Lee in the endzone for the second straight week, this one a 20 yarder, recapturing the lead for the Jaguars.

After trading punts, the big play would once again haunt the Jaguars defense that was so effective in the first half. After being sidelined in every game up to this point, Sammy Watkins would come down with a Tyrod Taylor pass for 62 yards over Jalen Ramsey. The big play set up a Taylor touchdown run three plays later to put the Bills back on top. 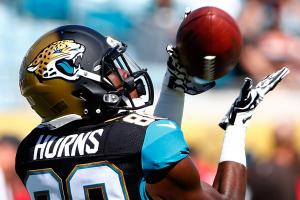 With the Jaguars starting a fourth quarter deficit in the face the offense continued to roll. This time is was all Blake Bortles has he was responsible for all but five yards on a 65 yard drive. The Jags capped the drive off when Bortles hit Allen Hurns with a swing pass, and a diving Hurns crossed the plane with the football. Unfortunately Hurns would come up limping after appearing to hurt his hamstring.

The theme of the second half for the Jaguars defense apparently was the big play. In what originally appeared to be an interception, wound up as a pass interference that gave the Bills offense a second chance, that they would capitalize on four plays later to retake the lead. McCoy would run in the two-point conversion to put the Bills ahead by seven with 10:46 left on the game clock.

That touchdown would prove to be the game winner as each team would exchange punts, then Jacksonville would come up short on a 4th down play that might make people scratch their head. The Bills would take over on downs, and the Jaguars defense would be unable to stop the Bills from running out the clock.

The Jacksonville Jaguars stay in Duval County to take on the defending Super Bowl Champions, the Denver Broncos next Sunday at 1P.M.