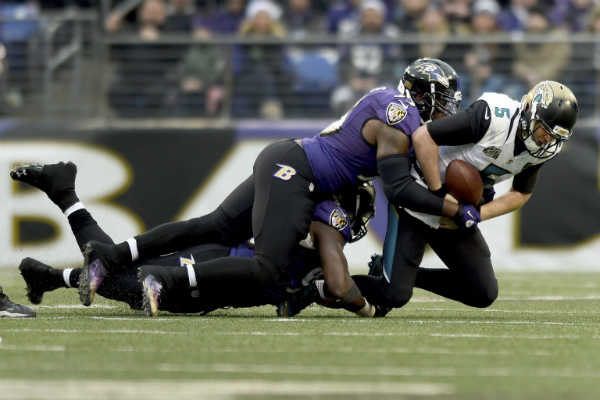 The Tennessee Titans head to Jacksonville to take on the Jaguars in the last Thursday night match up of the 2014 season. There is a chance they will be facing back up quarterback Chad Henne instead of Blake Bortles.

Bortles is questionable with a sprained foot, according to Ryan O’Halloran of the Florida Times Union.

Bortles played every snap of the 20-12 loss to the Baltimore Ravens. He took eight sacks during the contest. However, it wasn’t immediately clear during the game that he suffered the injury.

The 22-year-old has suffered 46 sacks this season since taking over for Henne.