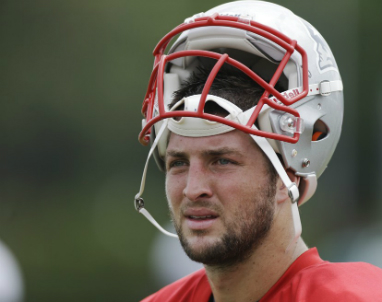 A group of Jacksonville Jaguars fans will hold a rally Monday in the EverBank Field parking lot at 3:16 p.m. ET to encourage the team to sign free-agent quarterback Tim Tebow, a former Heisman Trophy winner from the University of Florida.

The rally is scheduled to last three hours and 16 minutes. The starting time of the rally and the planned duration are nods to a bible verse, John 3:16, which Tebow had inscribed on his eye black in the 2009 BCS title game.

“The Jaguars’ season is really in the tank,” James Stewart, a 56-year-old Jacksonville native and Jaguars fan who is one of the event’s organizers, told ESPN.com. “They don’t have a lot of promise. There’s not a lot to watch. We’re consumers and the Jaguars are a product, and there’s a lot of room for improvement. Tebow we think would be value added if he were to be signed and given an opportunity at quarterback. …